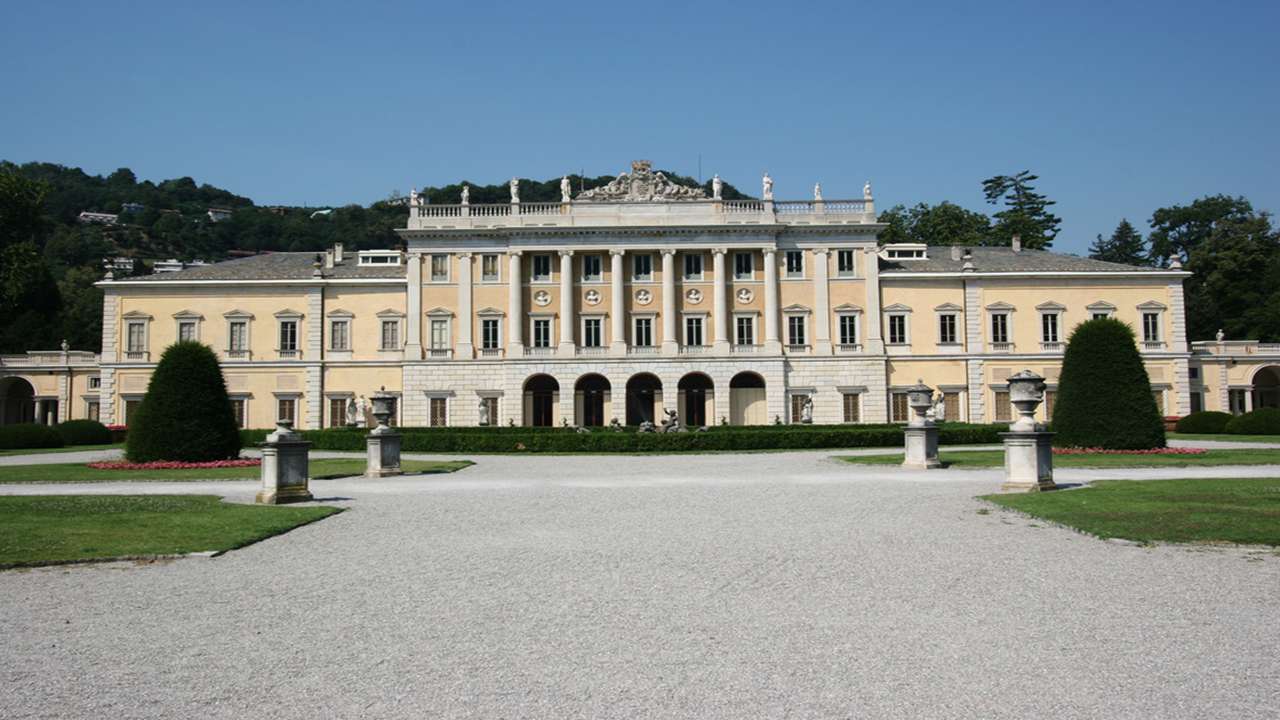 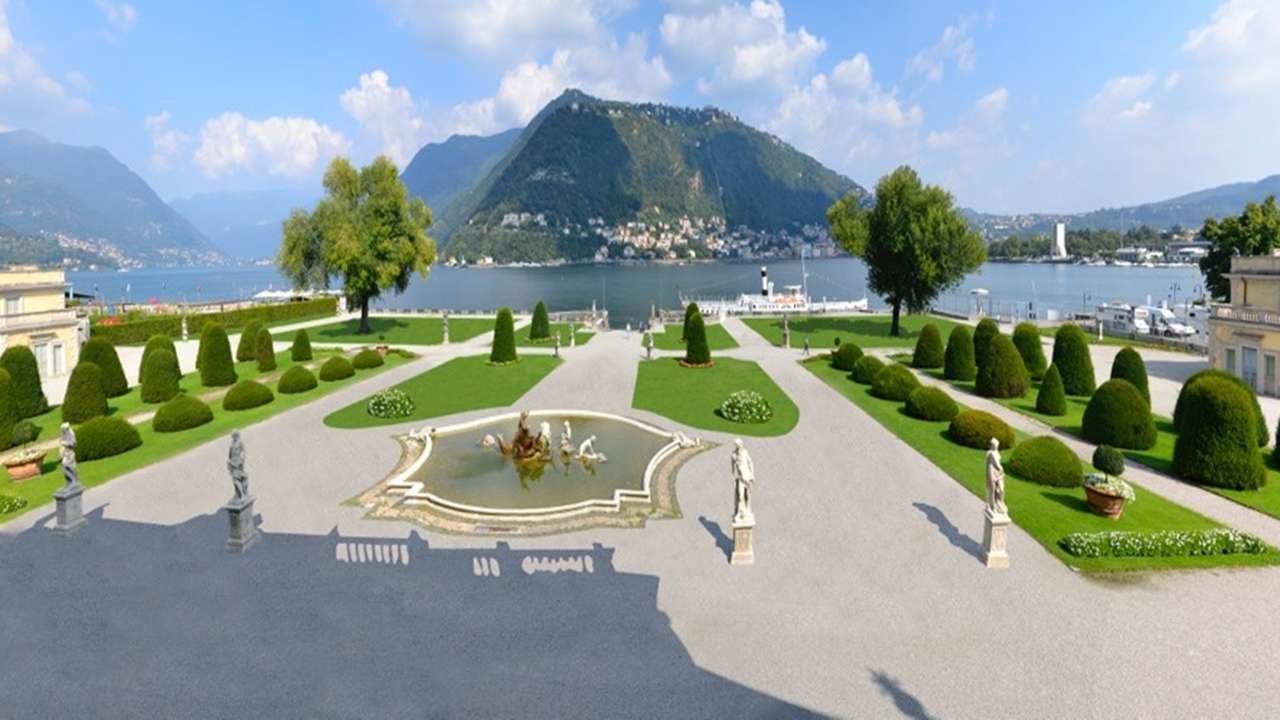 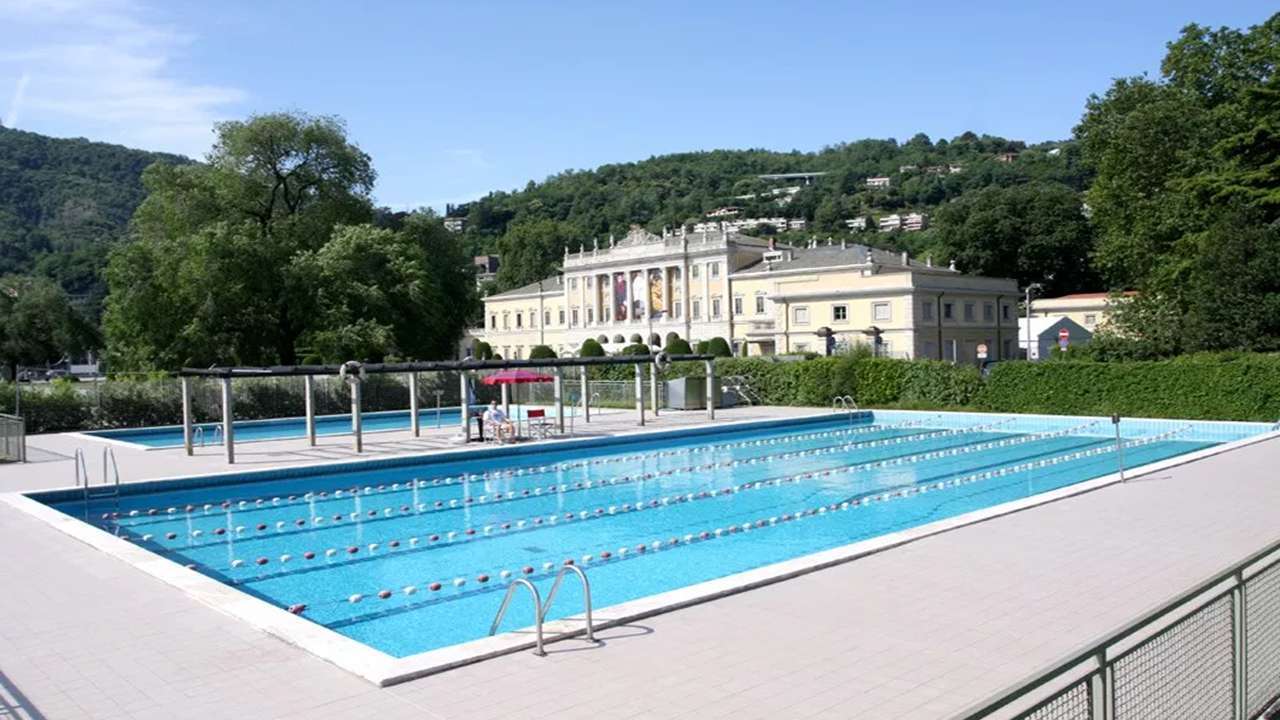 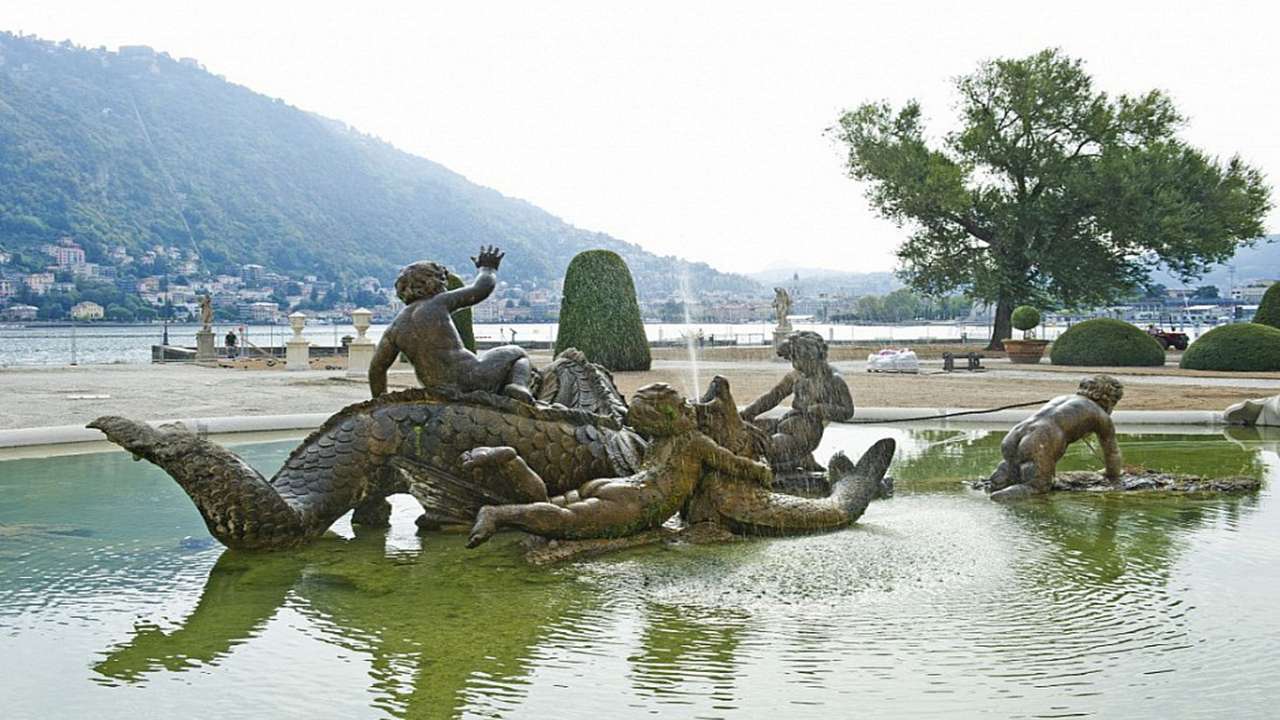 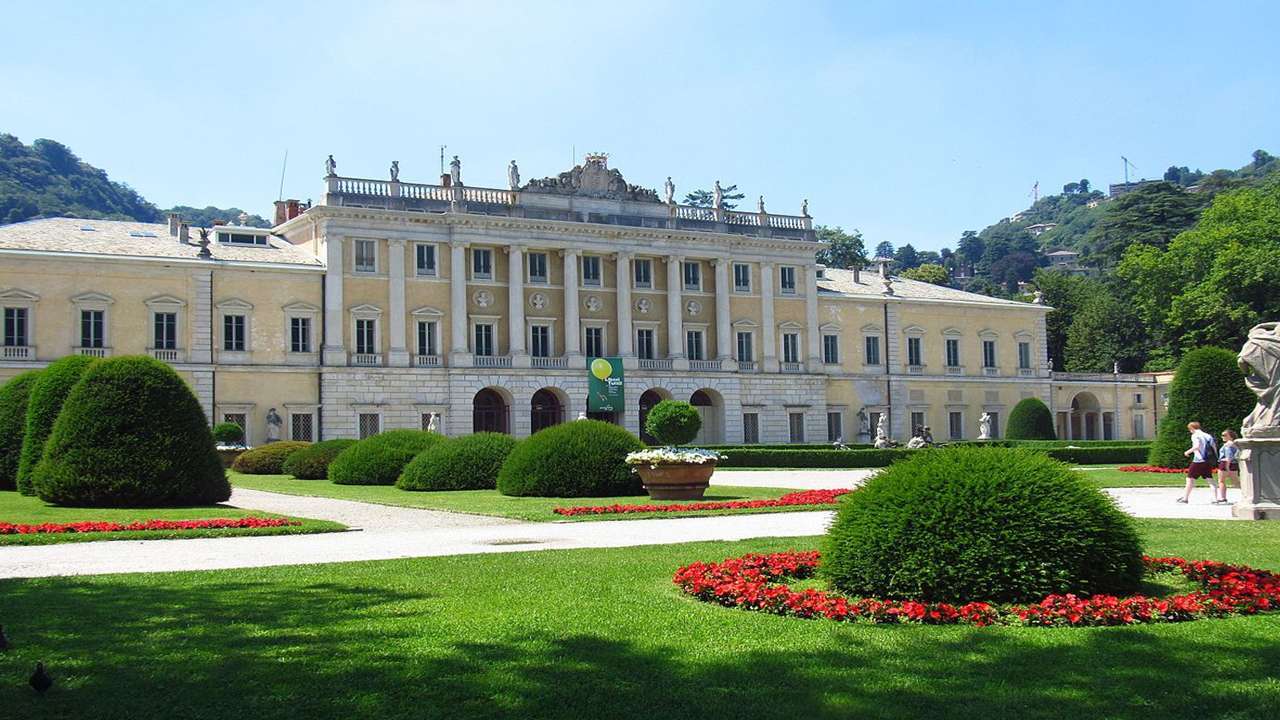 Overlooking Lake Como, Villa Olmo is among the main symbols of the city of Como.

Its beauty, quiet and elegance have often made it a destination for famous people including Napoleon, Ugo Foscolo and Garibaldi. It is currently home to congresses, shows and art exhibitions. It is one of the most famous and sumptuous historic houses in Como. It was built in neoclassical style, towards the end of the eighteenth century, by the marquis Innocenzo Odescalchi. Its name derives from a gigantic elm tree more than a hundred years old, which no longer exists today. The director of the works was Simone Cantoni, a distinguished Ticino architect, who developed the original project drawn up by his contemporary Innocenzo Regazzoni. Cantoni called the brothers Domenico Pozzi, Carlo Luca Pozzi, Giuseppe Pozzi and the sculptor Francesco Carabelli, with their collaboration.

Its beauty was Cantoni’s calling card

It was the visiting card that allowed Cantoni to create a successful series of country residences, including Villa Giovio in Breccia and Villa Odescalchi in Fino Mornasco. The neoclassical inspiration of Simone Cantoni manifests itself in the design of the façade of the villa. Facing Lake Como, it is composed of a central body that encloses the five large entrance areas in the middle area. Above the rooms rise six columns of Ionic style surmounted by terraces with statues, and by two lateral wings. The interior is transformed into a myriad of ornaments: stuccos, gildings, statues, frescoes by artists of the late 1700s and early 1800s.

In the park we find a neoclassical temple and a small stream. In the center of the garden in front of the villa rises a fountain. There you can see two children playing with a sea monster, the work of the sculptor Odofrechi. The Marquis Innocenzo Odescalchi hosted, among others, Napoleon Bonaparte and in 1808 Ugo Foscolo, and the emperor of Austria, Francesco II, in 1816. With the death of the Marquis Odescalchi, in 1824, the villa passed to the Raimondi family. He took charge of fixing the park, the dock and designed the Italian garden in the front and the English park in the back, full of ancient trees and tall trees.

The jewels of Villa Olmo

One of the jewels that Villa Olmo preserves inside is undoubtedly the Sala del Duca, on the first floor. The room owes its name to the Duke Guido Visconti di Modrone, the family that was the last owner of Villa Olmo. He used it as his bedroom. It is characterized by decorations dating back to the end of the nineteenth century and by the large fresco by Ernesto Fontana depicting Fortuna, extolling the glories of the Visconti family. Illuminated by a large number of windows that give light to each room. You can enjoy the view of unparalleled natural beauty, both towards the lake and towards the park.

Villa Olmo is the most famous and sumptuous of the historic houses of Como and has made Como one of the driving forces of the Enlightenment in Italy. Simone Cantoni succeeded in being the interpreter of a cultured and progressive aristocratic class, adopting in the buildings the aesthetic values ​​of good taste, in full compliance with the theoretical assumptions of the Enlightenment, in a historical moment that saw Lombardy become one of the most important centers lively of Europe.

Historic visits of the villa

The villa was a happy witness to other historic visits. In 1835 the queen of the two Sicilies and the queen of Sardinia were guests of the Raimondi. Later it was the turn of the Austrian Emperors Francesco Ferdinando I and Maria Carolina, then of the Prince of Metternich, Marshal Radetzsky. In 1859 Giuseppe Garibaldi also stayed there, and married the daughter of the marquis, Giuseppina Raimondi. In 1883 the heirs of the Marquis Raimondi, who died in 82, sold the villa to Duke Guido Visconti di Modrone. He decided to carry out restoration and improvement work even inside the building.

The dukes entrusted the demolition of the stables and a portico to the architect Emilio Alemagna, the opening of two balconies, the rebuilding of the stuccoes on the ground floor, the arrangement of the park and the construction of a small theater.

The kilometer of Knowledge

In 1924 the villa passed from the Visconti di Modrone to the municipality of Como. Thus began a new period of his existence, all under the sign of science and art. In 1927 the villa hosted the International Exhibition on the first centenary of the death of Alessandro Volta and later, numerous cultural events including congresses, art exhibitions and conferences. From the collaboration of the city of Como with other associations, a project was born, the Kilometer of Knowledge. This project allows you to travel the area from Villa Olmo to Villa Sucota, passing through Villa del Grumello.

An opportunity to admire a unique landscape, enriched by an artistic and cultural heritage of rare beauty. A treasure chest, surrounded by greenery, landscape, history and art, which opens up to citizenship. 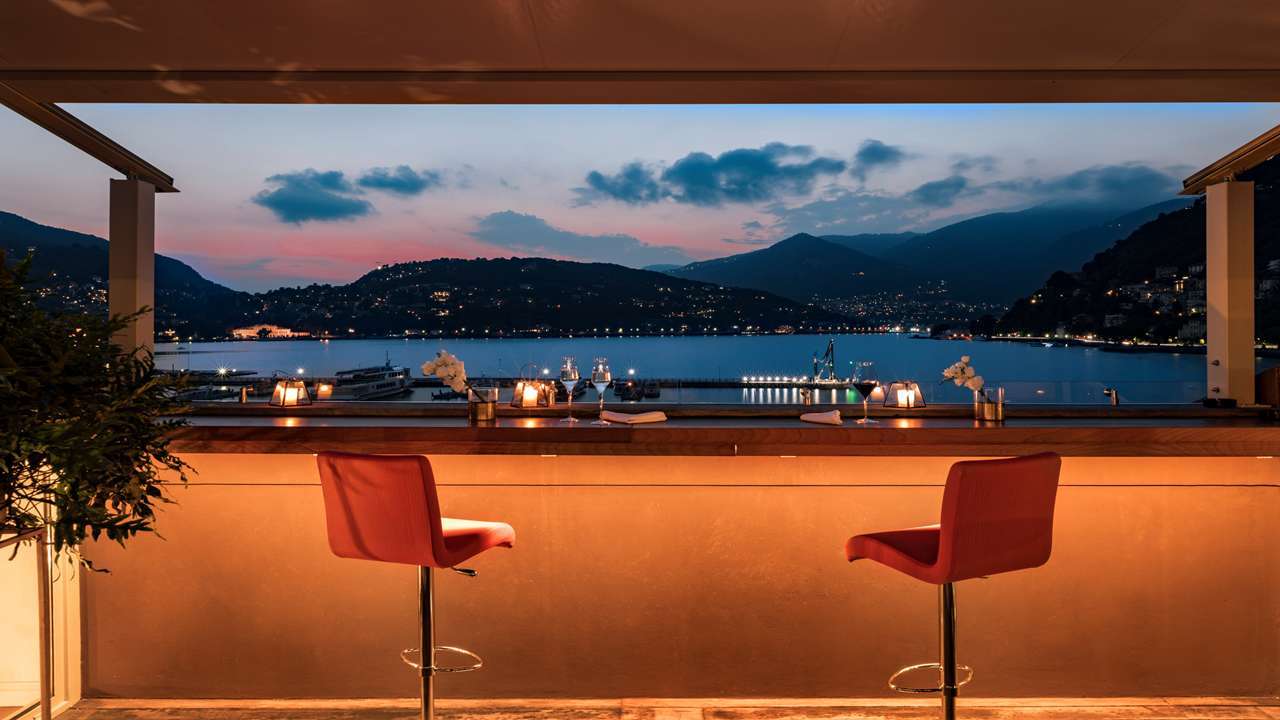 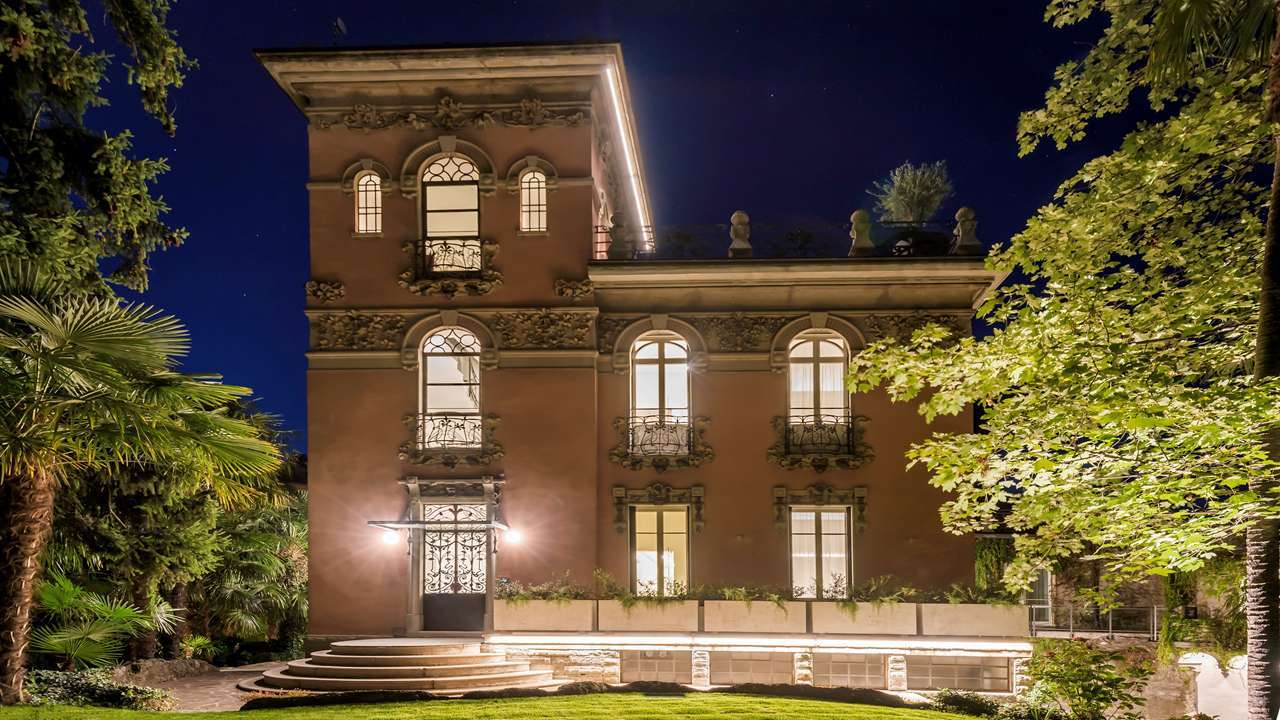 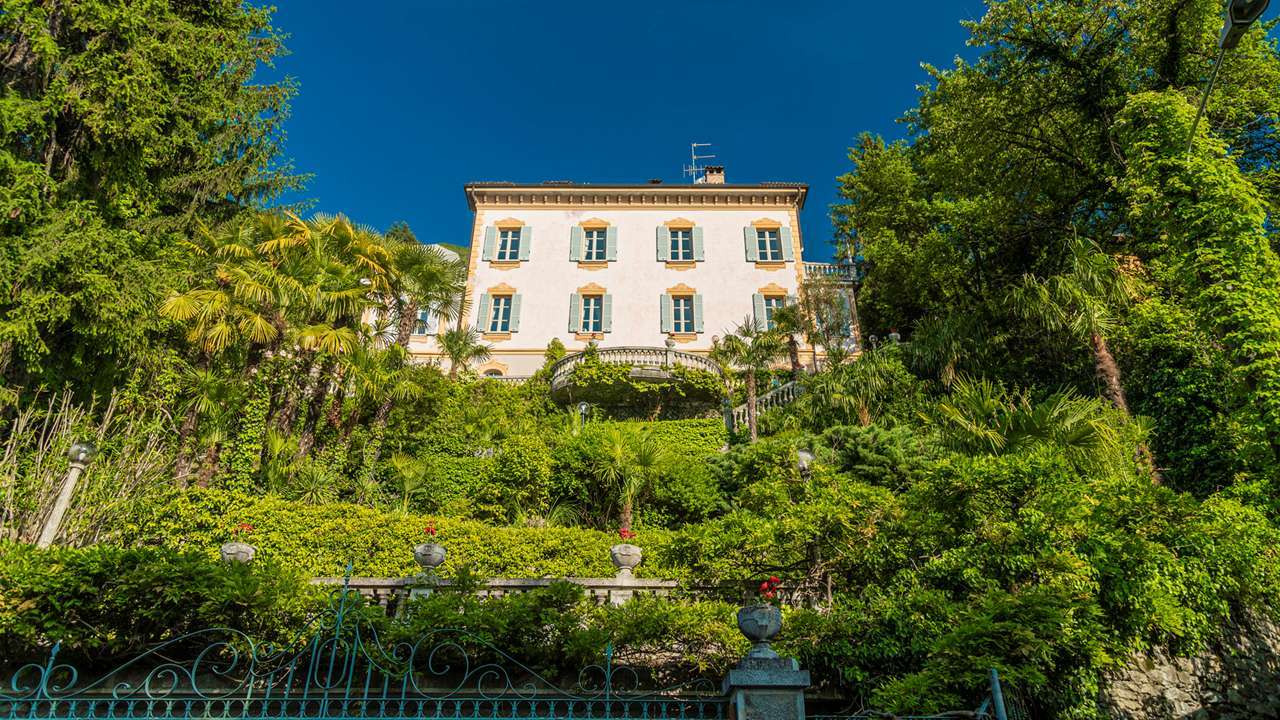 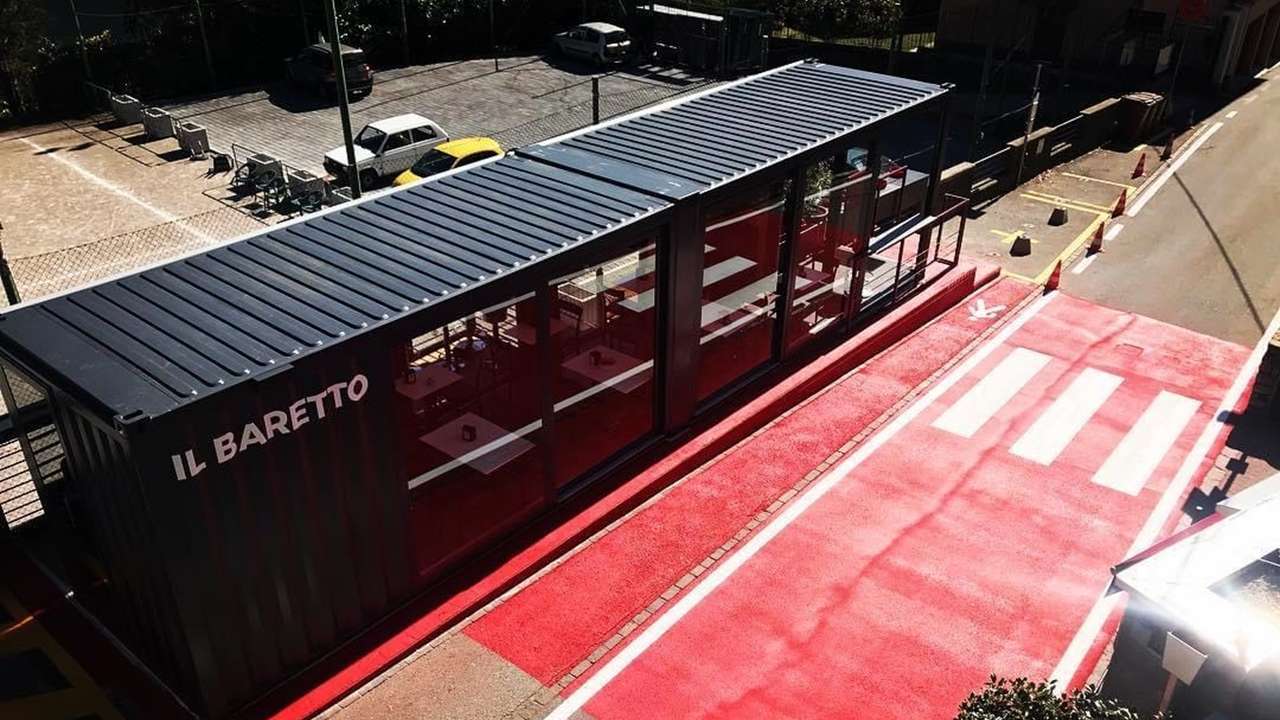 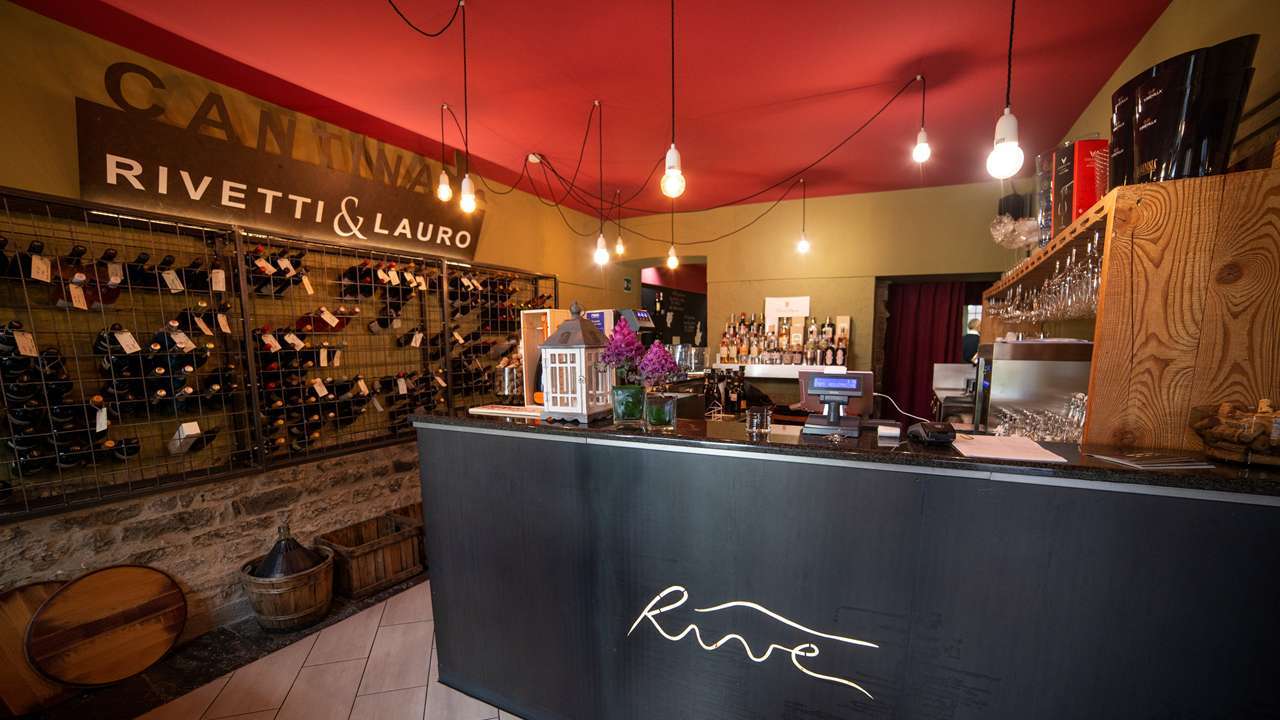