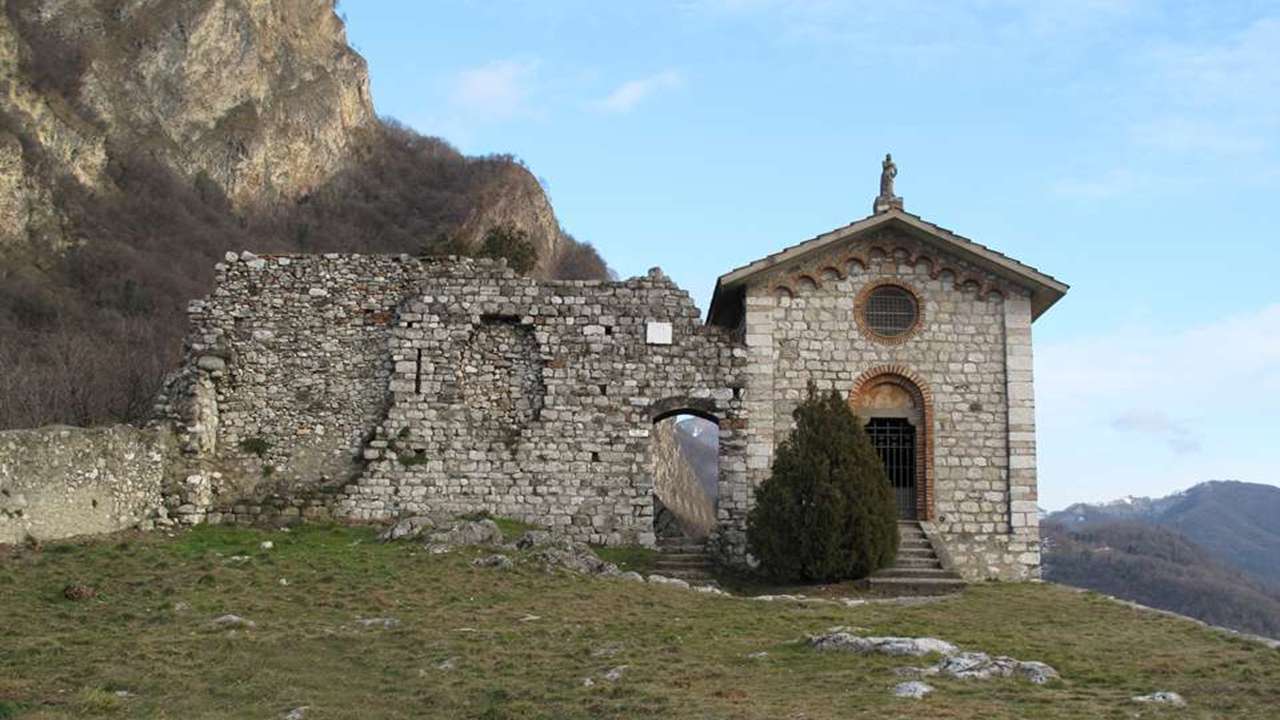 Vercurago (Vercurach), an ancient border of the Venetian Republic, rises where Lake Como gives way to Lake Garlate and then flows into the river Adda.

Its historical origins are lost in the mists of time. The first settlements date back to the “Golasecca civilization” (IX-V century BC) confirmed by excavations in 1986-88 in the Rocca area. A document from 814, testifies to the existence in the alley of “Vercoriaco” of an oratory dedicated to San Protaso, wanted in his possession by a Lombard nobleman, Rotprando called Prando, to whom he left munificent donations.

But it is the fraction of Somasca that has brought prestige to the country. Here St. Jerome Miani, a congregation called the Society of the Servants of the Poor (Somaschi), took refuge and founded his community, dedicated to the care of abandoned youths, the sick and the redemption of prostitutes. Born in the Serenissima Venice of 1486, he spent a violent and lustful youth. Like all the young patricians of the Serenissima, after the normal course of studies, they dreamed of a military career, which was among the most profitable of the time, since Venice was experiencing a period of great economic and military power, due to its policy expansion even in dry land; so also Girolamo, at the age of twenty years, in 1506, entered the Maggior Consiglio, which was the highest political organ of the city, from which all the most important decisions came out. And in 1509 he embarked on a military career.

In 1511, thrown into prison by the enemies, his vocation matured. Having consecrated himself to God, he did his best to shelter the poor orphans, abandoned on the street for idleness and the easy tenancy of the sidewalk, following the scourges of recurrent plague and easy conflicts, which at that time decimated the populations of entire cities. Here in Somasca, he founded the order of the Regular Clerics. They sensed the role of social promotion of schools and opened free ones with an innovative pedagogical method. The founder died of plague in 1537, while he assisted the sick. Saint from 1767, from 1928 he is the patron saint of abandoned youth.

Following in his footsteps, you can reach the Sanctuary of San Girolamo, through the Via delle Cappelle, a suggestive penitential avenue started in the 1700s to give the possibility to illiterate pilgrims to know the events of the life of the Saint through over fifty wooden statues. On the occasion of the 300th anniversary of the birth of the Regular Clerics of Somasca, the Scala Santa was completed by San Girolamo. The staircase consists of 101 steps and leads to the hermitage where St. Jerome used to retire in prayer.

At the end of the avenue you reach Valletta, where the cemetery of the Padri Somaschi rises, and next to the chapel of the Fonte Miracolosa, where it seems that the Saint made the water flow from a rock to give the orphans he protected to drink. At the bottom of the religious complex, you can reach the ruins of the castle of a very bad and feared personage who only redeemed himself through Providence and Repentance. Let’s talk about the gloomy figure of the unnamed Manzoni’s memory.

Fifteen minutes to reach those remains that the legend wants to be the protagonists of so many abominations and sins: we found ourselves in the middle of one of the most important locations in the history of literature, I Promessi Sposi. In front of and around us, one of the most extraordinary panoramas: the Adda valley and Lake Como, extraordinarily together, at a great glance.

Below us, a beautiful lakeside promenade with beaches, a campsite and a cycle / pedestrian path that circumnavigates Lake Garlate. Then it touches Olginate from which the other cycle-pedestrian path starts, where the genius of Leonardo da Vinci hovers, who first designed the stretch of Paderno’s canal, in order to pass the Adda rapids in order to transport things and people by water from Valtellina to Milan.