Tremezzo, the village of gardens on Lake Como.

Together with Lenno, Mezzegra, Ossuccio, Tremezzo it forms the municipality of Tremezzina, a well-known tourist resort on the shores of Lake Como. At the foot of the Crocione and Poncione mountains of Tremezzo is the urban center, which extends mostly on the Regina road. The small coastal municipality is divided into several hamlets: at Lake Portezza, Azzano, Bolvedro, and Tremezzo which gives its name to the whole territory. Upstream we find Bolvedro Superiore, Balogno, Susino, Rogaro, Volesio, Intignano and Viano.

The walk along the lake passes through some of the most beautiful villas in the area.

The famous Villa Carlotta, today a museum with a splendid botanical garden, the park of Villa Mayer, the result of the restructuring, by the rationalist architect Pietro Lingeri, of a nineteenth-century villa damaged by fire in 1919. Beautiful the park by the lake, where Lingeri revived the Italian garden of Villa Colonna in Rome. Today the park is an equipped area open to the public. There it is nice to walk, drink a glass on the terrace of the dock or sunbathe. But Lingeri in Tremezzo is also the author of the very particular Villa Amila, similar to a ship among trees. Located at the mouth of the Bolvedro stream and overlooking the lake, it was built in 1931-32 on behalf of the Italian Motorboat Association Lario. Continuing towards Bolvedro you will find Villa La Quiete.

Now a private residence, it was built in the late 17th century by the dukes Del Carretto. It then passed to the Serbellonis, who gave it its current appearance, embellishing it with the Italian garden, the wrought-iron railing, and the spectacular staircase to the lake.

Villages in the hills

But the discovery of the hilltop villages is also interesting in Tremezzo. The most inviting route of the hamlet of Tremezzo is the one that develops around the Sampietro Porticoes. Under the arcade there are numerous bars, restaurants and local craft shops. On the shore in front of the pier there is the Church of S. Bartolomeo. Only some parts of the stone structure remain of the original building dating back to the 12th century. The rest is the result of a restoration in the Baroque period. From here through a series of cobbled streets you can reach the hilltop villages.

The first is Rogaro, perched in a pristine environment with a magnificent view of the lake. Famous for its asparagus, the ancient nucleus consists of six-eighteenth-century houses gathered around the baroque square on which the Sanctuary of the Madonna degli Eremiti overlooks. Unique in Italy to bear the title of Madonna of Einsiedeln, or of the Hermits, the sanctuary has a story to tell. With the Lutheran Reformation a group of Swiss Catholics fled from the Swiss confederation devastated by harsh religious tensions and took refuge on Lake Como, bringing with them the effigy of the Black Madonna venerated in the Abbey of Einsiedeln. Made from a black ebony trunk, the sculpture probably has oriental origins. The Shrine Festival is held every year, on the third Sunday of October.

From Rogaro and Brughée branch the mountain paths leading to the Monti di Nava, Monte Crocione and San Martino sopra Griante. Volesio and Balogno are two small villages connected by cobblestones. At the center of the town there are some noble palaces of the late seventeenth century. They are surrounded by fields and farmhouses, paths with alleys with arcades and tunnels for access to the funds, internal alleys with wide cobbled steps. The church of San Pietro has a Romanesque structure preceded by a portico. Restored around 1732, it is still in good condition. The single nave is in Baroque style with original flooring. On the walls there are two seventeenth-century paintings, the presbytery dates back to the eighteenth century. All the other small villages are also worth a visit.

For trekkers, there are plenty of paths and trails. The Tremezzo mountain is an excursion without any particular problems. Not far from the summit rises the Venini refuge. A refuge rich in history, connected by a military road to the countries of Pigra and Ponna and built during the First World War. In fact, in the part of the route between the refuge and the summit, there are four artillery posts built during the construction of the Northern Frontier. It was the Italian defensive system towards Switzerland known as Linea Cadorna. On the top there is a small monument with a stylized statuette of the Virgin. From the top of the Tremezzo mountain you can also easily reach Mount Crocione and Mount Galbiga.

From above, on a clear day, you can enjoy a panoramic view of Lake Como and Lugano. You can also admire the Rosa group, the Valchiavenna mountains, the Disgrazia mountain in Valmasino, the Legnone and Legnoncino, the Grigna, the Corni di Canzo, San Primo, the Sasso Gordona and the Mount Generoso. 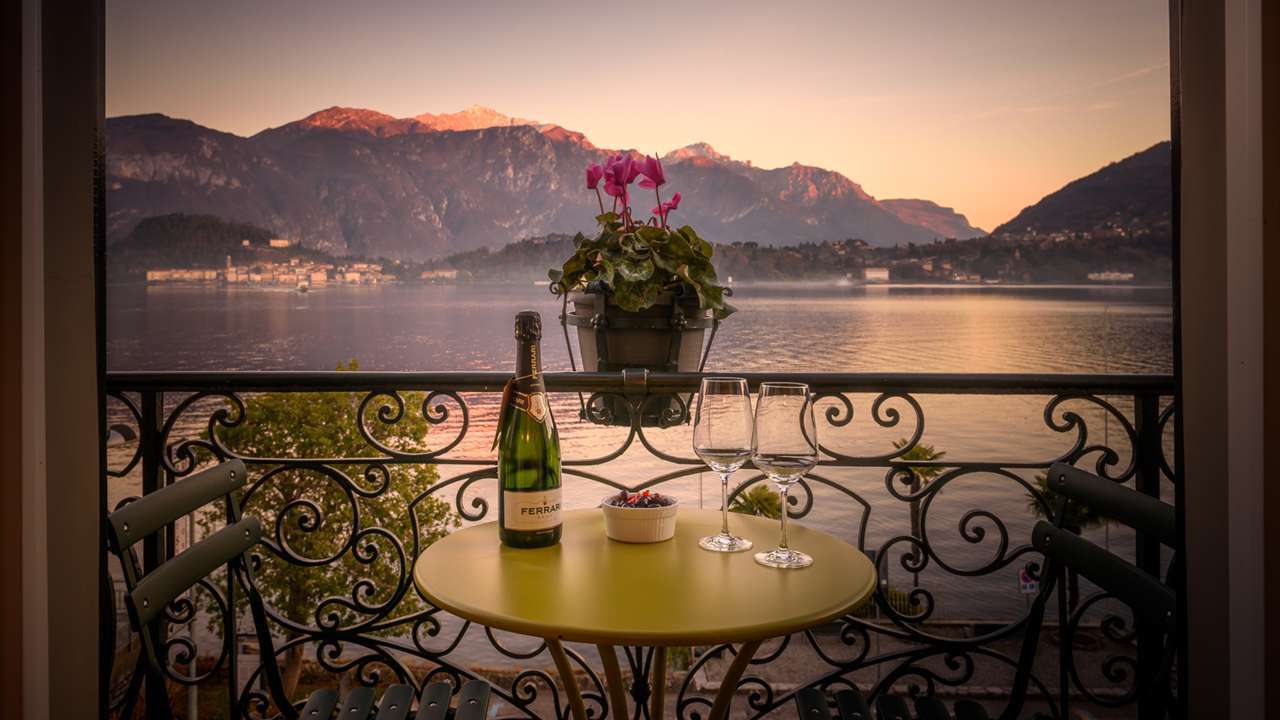 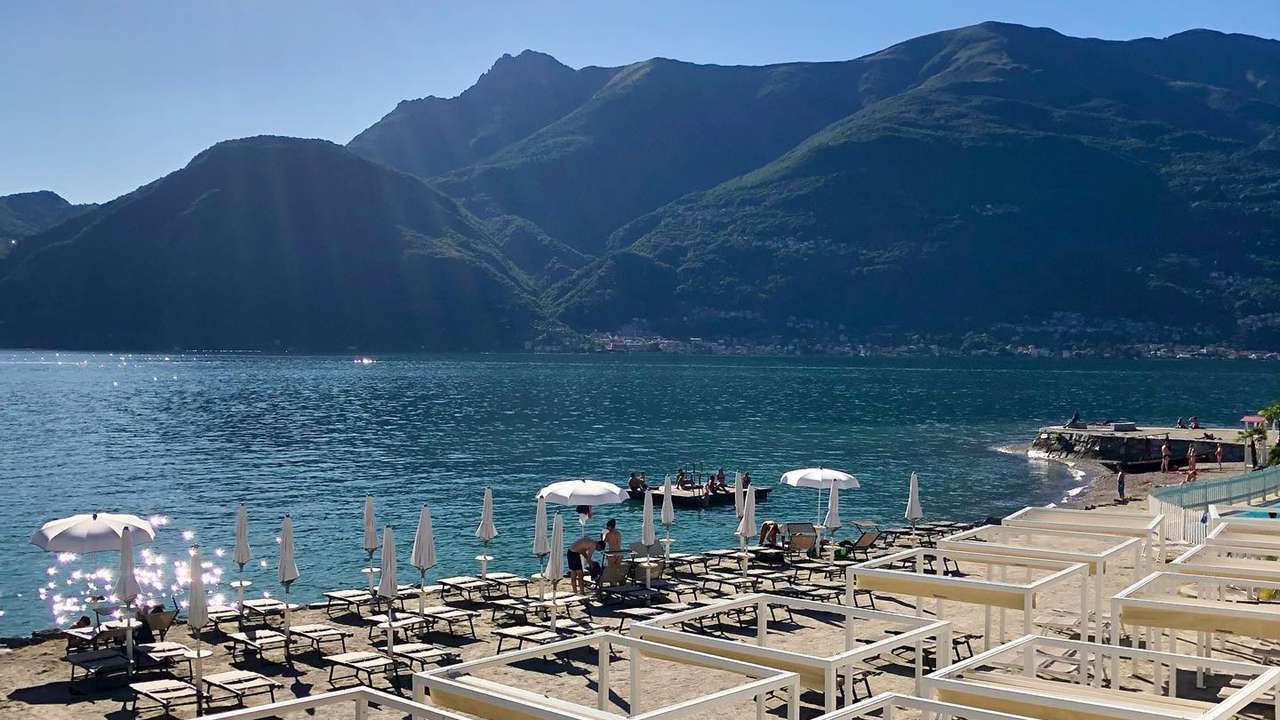