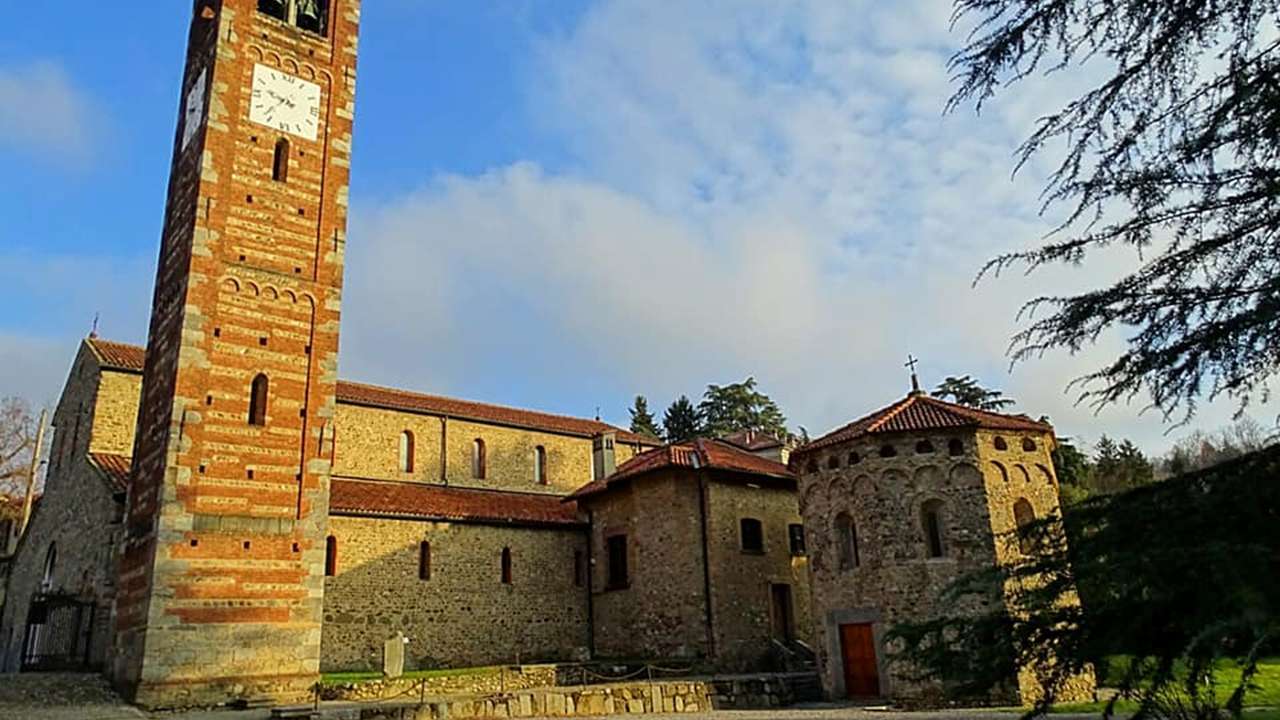 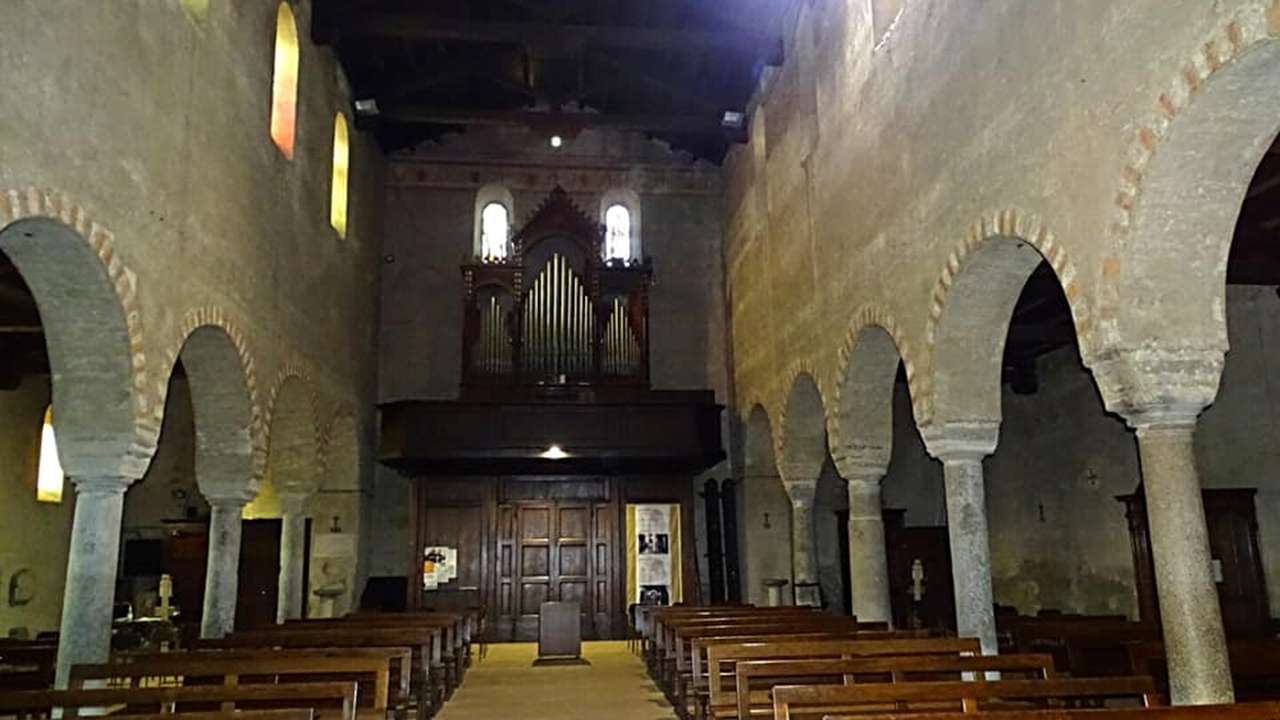 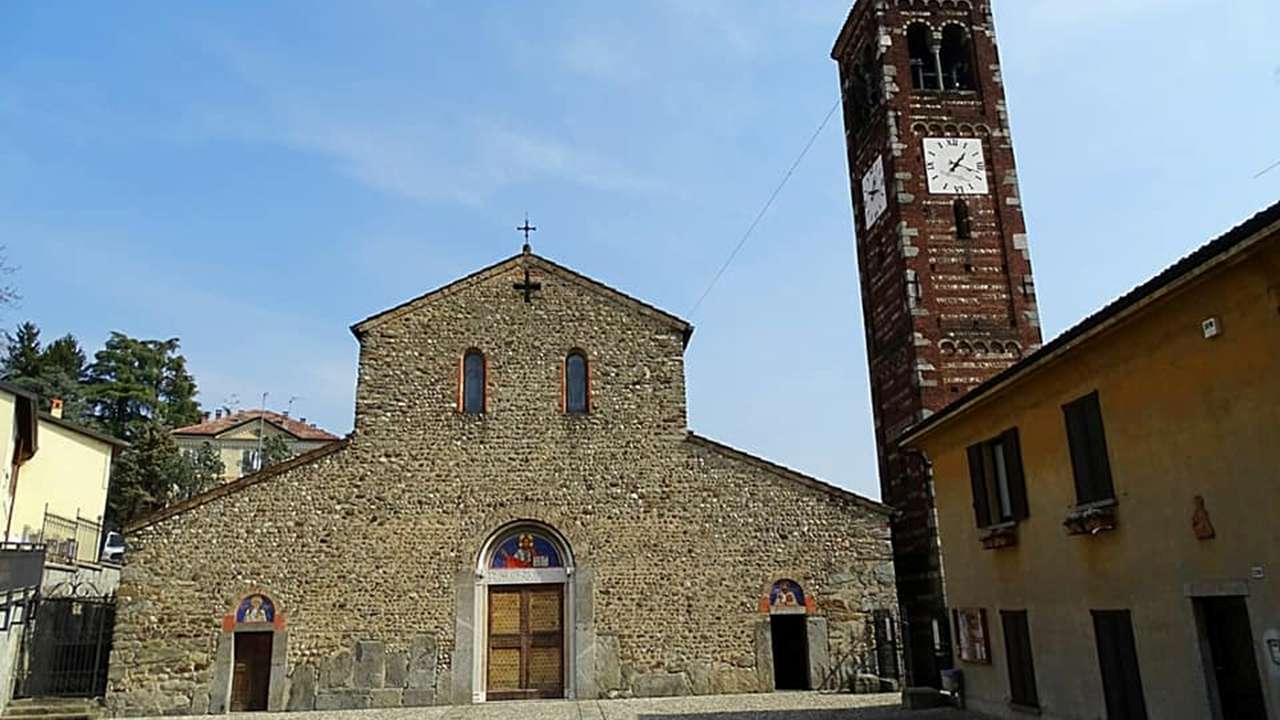 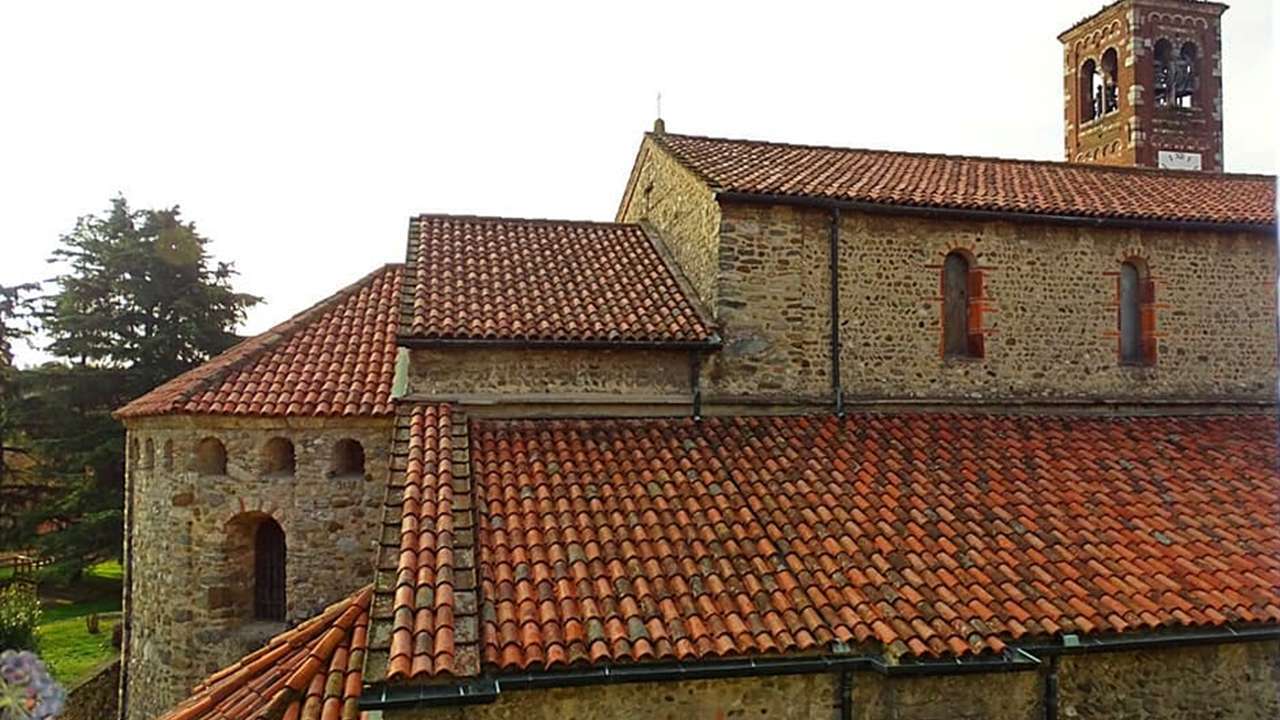 Home | Brianza | The Church of Agliate

Agliate is known above all because there is the Basilica of Saints Peter and Paul, Romanesque, built between the tenth and eleventh centuries on the remains of the aforementioned church.

The Basilica, arranged on three naves, has a noteworthy cycle of frescoes which today are somewhat damaged. In the basilica complex there is a Baptistery with a peculiar nine-sided plan, two of which make up the apse, dominated by an eight-sided dome. The construction of the baptistery dates back to the beginning of the eleventh century although, according to tradition, it was founded around 880 by Archbishop Ansperto from Biassono; it too was originally richly decorated with frescoes of which only a few traces remain today. Inside there are still the remains of an immersion baptism tank.

The discovery, near the Basilica, of some cupelliform boulders suggests that the area was inhabited or at least used for religious rituals propitiatory or funeral since prehistoric times. Its geographical location suggests that originally there was a pile-dwelling settlement, since it was located at the edge of the great Lake EupilIi, lake of morainic origin of which traces remain in the lakes of Oggiono, Pusiano and Alserio. At the time of the settlement of the Insubri Gauls in Agliate an important clan settled and the town became the capital of a Celtic district.

Around the sixth century, probably due to the action of Sant’Ambrogio, a small church was built and Agliate became “Capo Pieve”, or the only locality in the parish where baptism could be administered. Agliate was an ancient municipality of Milanese recorded in the acts of 1751 as a village of 120 inhabitants who then rose to 184 in 1786. The proclamation of the Kingdom of Italy in 1805 resulted in having 200 inhabitants.

In 1809 the town hall was suppressed on the result of a royal decree of Napoleon that joined it to Costa, and then for the first time to Carate in 1811, but the Municipality of Agliate was restored in 1816 by the Austrians after their return. In 1853 it turned out to be populated by 345 souls climbed to 390 in 1861. The definitive suppression of the town took place with a royal decree of Victor Emmanuel II of 1869 which re-aggregated it to Carate following the ancient Napoleonic model.