The Resegone is the highest mountain in Lecco 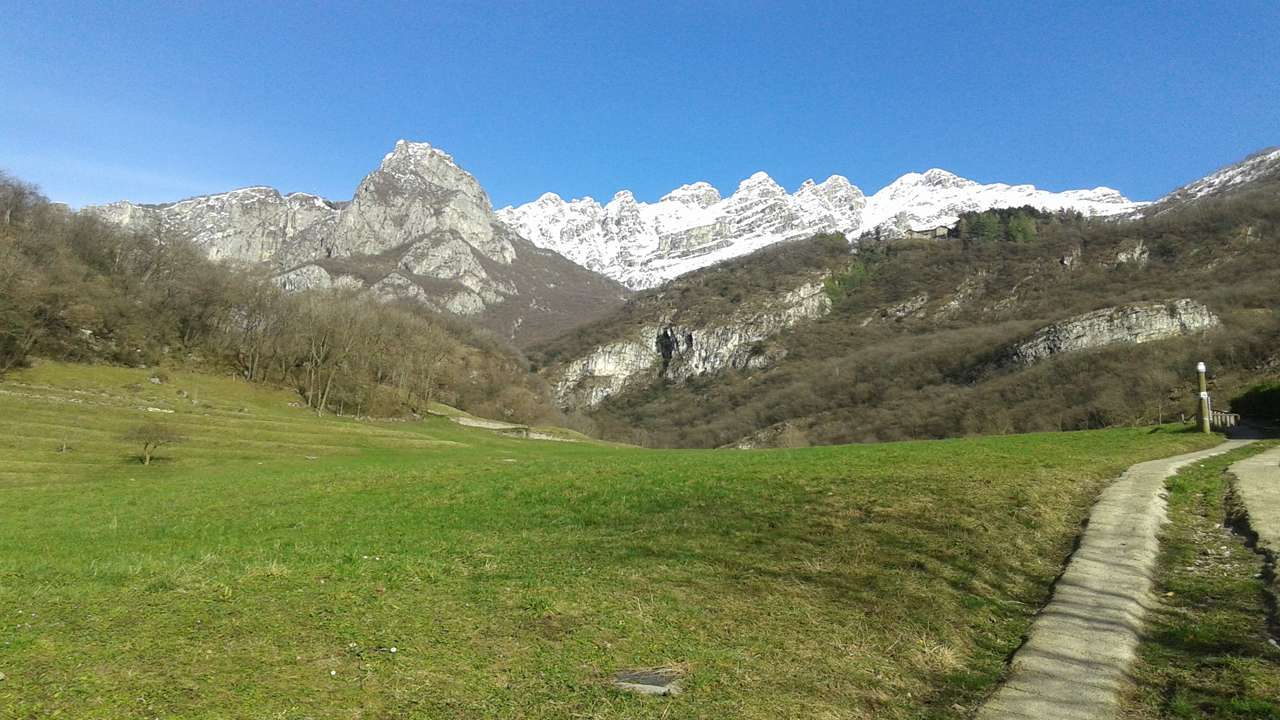 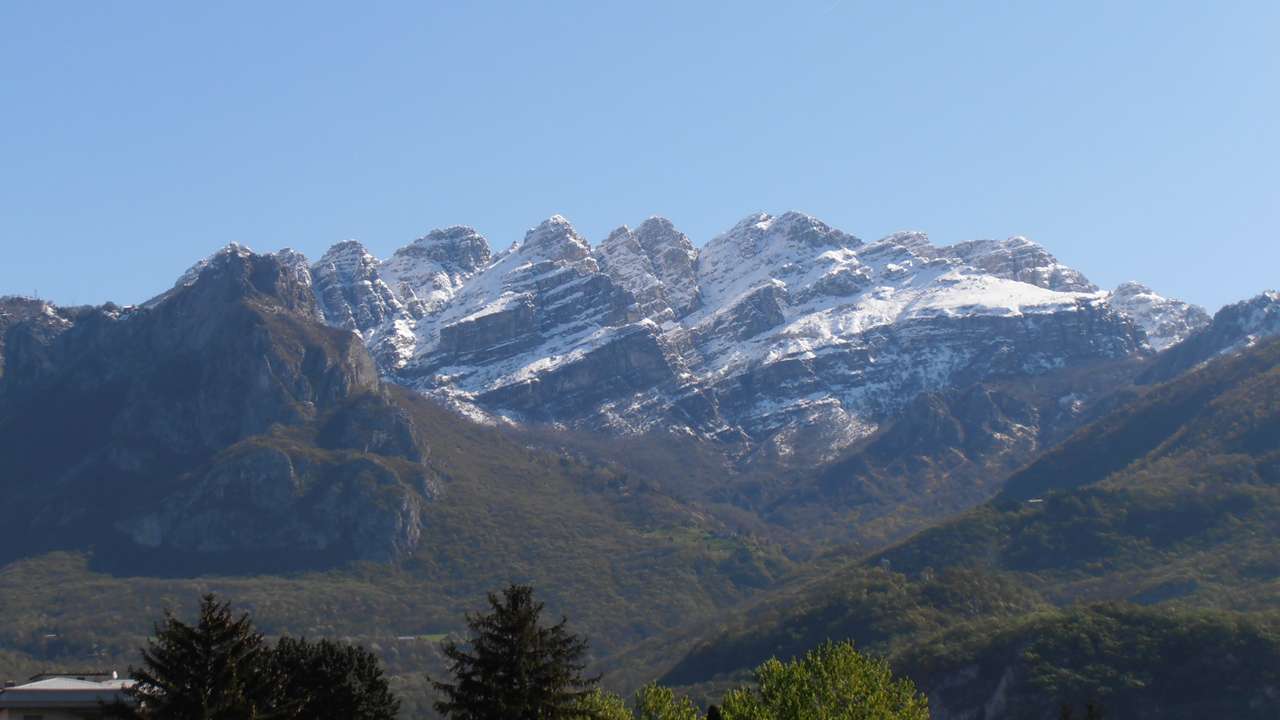 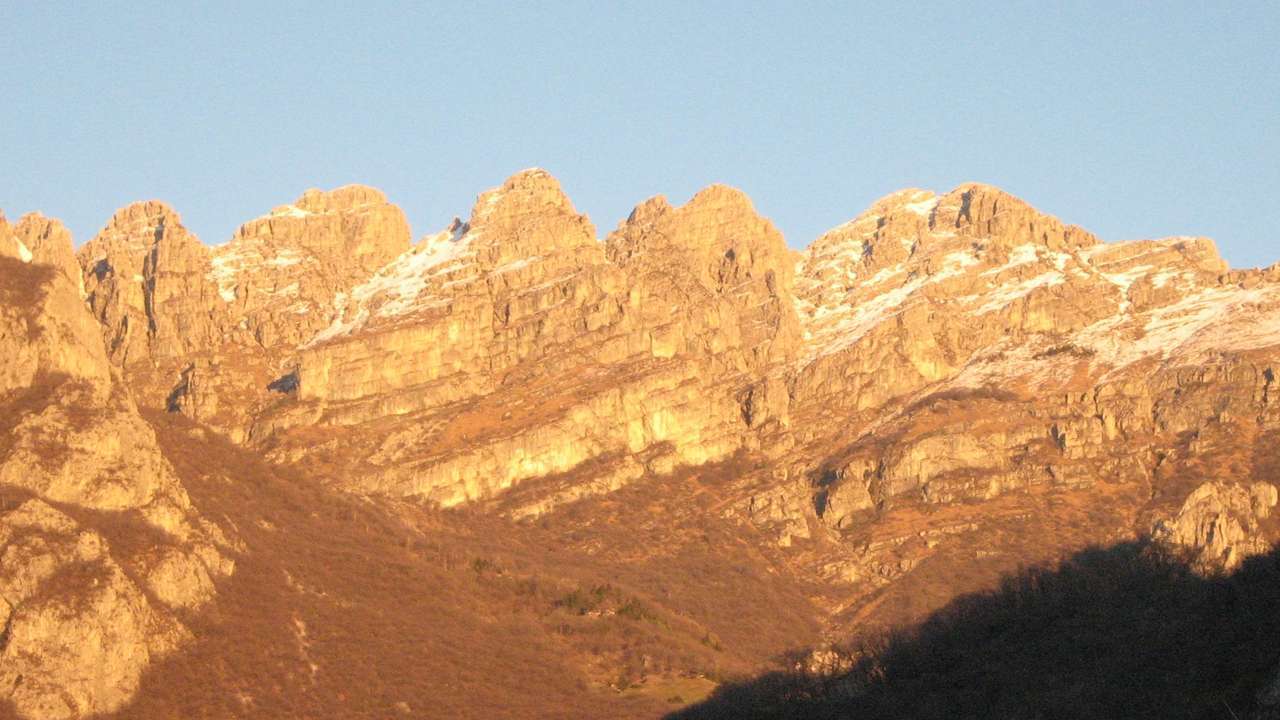 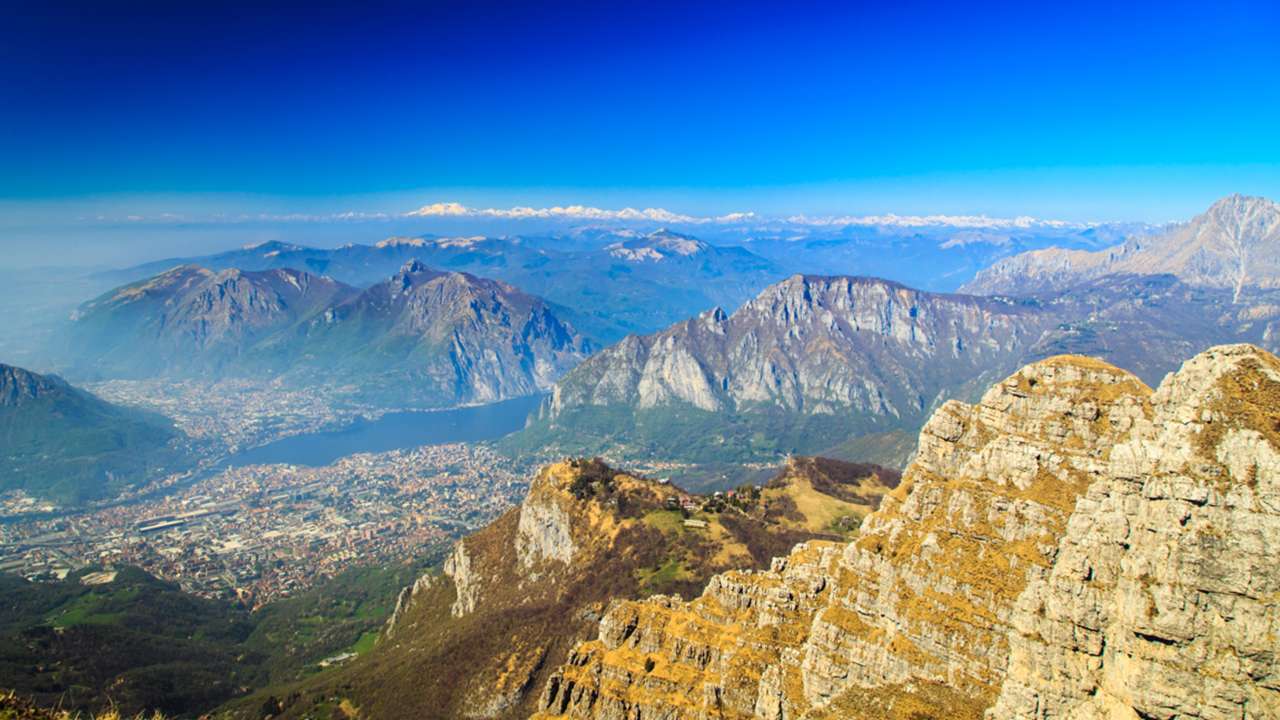 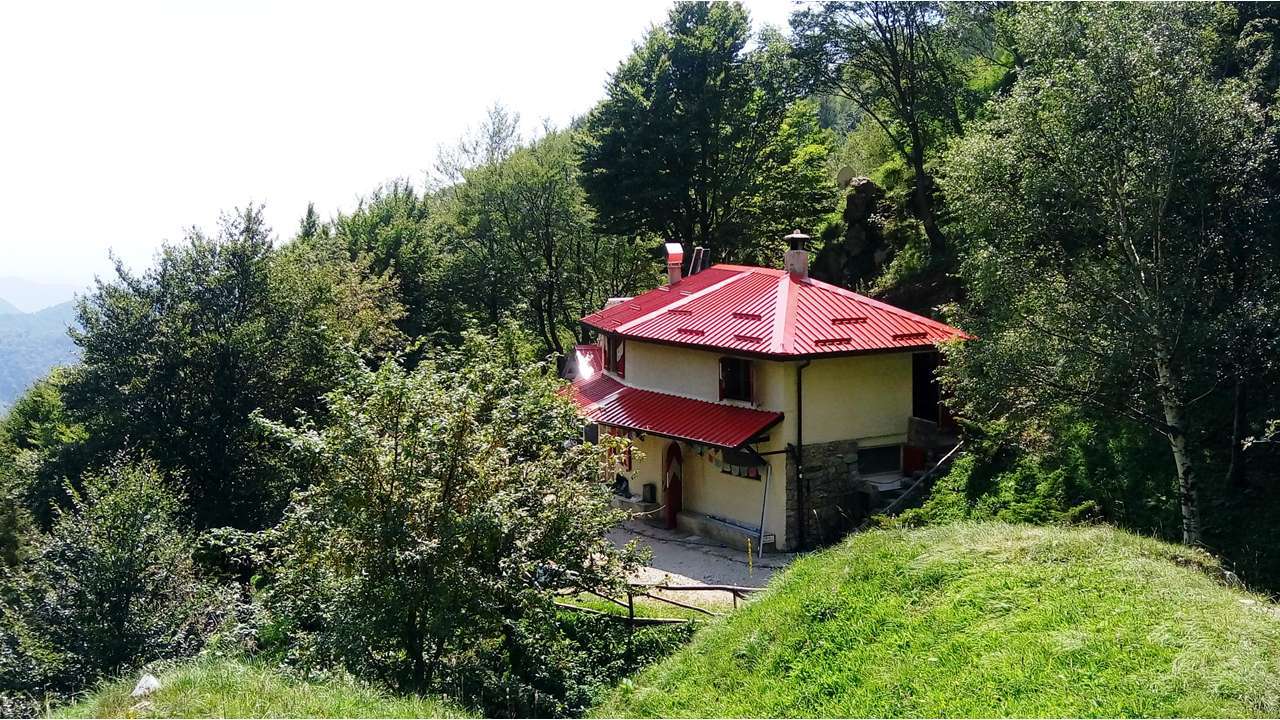 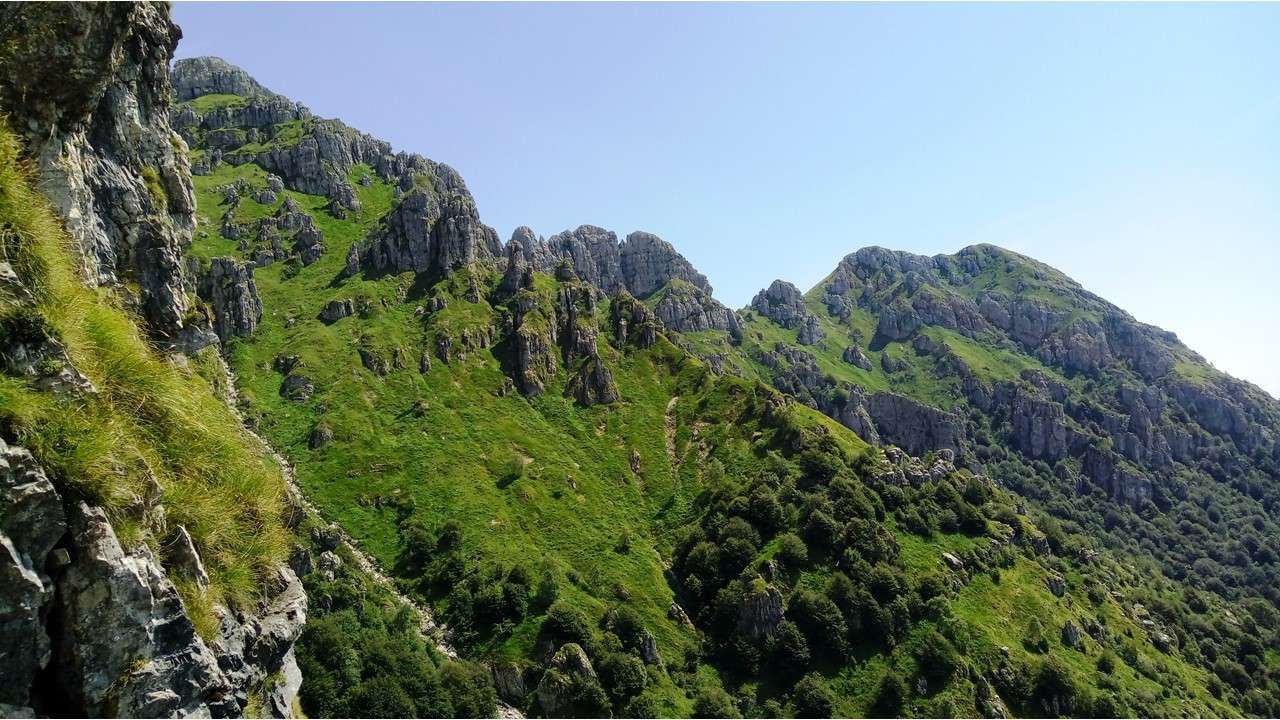 The Resegone (Resegun), also called Mount Serrada, is a mountain of the Orobie Prealps, 1875 m high, located on the border between the province of Bergamo and the province of Lecco.

The name takes its origin from its famous profile and from the Italianization of the Lombard term resegón (large saw), given that, especially if observed from the city of Lecco and the Brianza, its nine main points resemble the blade of a saw. It appears from the Lecco side, harsh and very steep; the paths on the Imagna and Morterone side are much smoother and more elementary. This side is also considered a popular ski mountaineering route.

Equally easy and popular, but the normal route on the Lecco side is longer, starting from the Piani d’Erna cableway car park in Versasio. The Lecco side is characterized by some canals that present serious mountaineering difficulties and that end between the peaks of the northern ridges. Via ferrata enthusiasts can follow Gamma 1, Gamma 2 and the Ferrata del Centenario (the oldest in Lombardy), with many crags equipped for climbing.

The mountain is crossed by numerous via ferratas including:

The Punta Cermenati, known until 1925 as Punta della Croce, was dedicated to Mario Cermenati by members of the Lecco excursionist society. Since the tip is the highest of the mountain, in 1900 a group of young people tried to hoist a wooden cross on its summit, which had a short life due to bad weather. A second metal cross, which did not last long, was also destroyed by vandalism and bad weather. We have to wait until 1925 for the definitive construction of the current cross, with the leveling and lowering of two meters of the summit. The altar in front dates back to 1981 and was consecrated by Cardinal Carlo Maria Martini.

The Resegone is famous for being mentioned several times in “I promessi Sposi” by Alessandro Manzoni.

If Manzoni, who had spent his whole childhood and adolescence in Lecco, knew well and loved his mountains, the Versilian Giosuè Carducci had a more literary knowledge of it, and the famous geographical error he committed in Il parlamento, which, set in Milan, it closes with the words “The sun / ridea descending behind the Resegone“, something that is impossible for a mountain located to the northeast of the Lombard capital. To be precise, the setting of the sun behind the Resegone can be observed from the Imagna Valley and Taleggio Valley.

Annually, in conjunction with the San Giovanni Festival, the patronal feast of the city of Monza, the Monza – Resegone takes place, a free-wheeling, night and team foot race organized by the Società Alpinisti Monzesi. The long route ends with the Pra di Ratt path, which leads from the town of Erve to the Capanna Alpinisti Monzesi.

Another traditional event organized by the SEL (Società Escursionisti Lecchesi) is Assault to Resegone which consists in reaching the L. Azzoni refuge starting from different locations. The event stemmed from an idea by the then president of SEL, Carlo Villa, who cut the ribbon of the first edition in 1966. The goal was to bring as many people as possible to the top. Participation in the assault on the Resegone is free to all and involves the assignment of points to each participant according to the starting base: Versasio, Erna, Morterone, Brumano, Erve. The company or association that has achieved the highest score will win the Resegone Trophy.

For several years, the ResegUp trail running competition has also been held, starting from Centro Lecco, lakefront, crossing the Resegone summit (1875 m) and returning to the city center with arrival in Cermenati Square. It covers a distance of about 24 km and a height difference of 1800 meters.

The Resegùn, is a stupendous mountain of beauty inversely proportional to the relatively modest altitude. From the top you can enjoy a beautiful view of the Grigne, the Brianza lakes and the plain: to the west the view goes as far as Mont Blanc, Monte Rosa, the Matterhorn and the Piedmontese Alps.
An absolutely unmissable mountain, together with the nearby Grigne, for a Lombard who has legs and a heart.