This tower stands in the heart of what once was the heart of the ancient village of Calolzio near the square called the Office, today Regazzoni in honor of the noble family from Bergamo who was the last owner.

The lords of the Valley

In contrast to the Visconti, the Benaglio held small fiefdoms as vassals of the Della Torre family. Despite the defeat suffered by the latter at Desio in 1277, the Guelphs of the territory continued the war, allying themselves with those of the Lecchese and Comasco, against the Ghibellines Visconti now winners.
It was Filippo Benaglio, together with one of the Guelphs of Brianza, Tignacca Parravicini, who occupied Lecco in 1282, razing the building of the hated Ottone Visconti, archbishop of Milan. The following year the Ghibellines resumed Lecco but, the Benaglio continued to dominate the Upper Valley which remained in their power for the entire first part of the fourteenth century.

The war continued until 1296 when Lecco, once passed to the Della Torre, was taken and razed to the ground by the lord of Milan, Matteo Visconti who, in the same year, conquered Bergamo also laying the foundations of the Visconti domination over the whole Bergamo’s territory.

The feud between Guelphs and Ghibellines

The fourteenth century was a period of continuous clashes between the Guelphs and Lombard Ghibellines and the Visconti, with Bernabò first and then with Gian Galeazzo, tried to control the San Martino Valley granting large privileges and exemptions to a neighboring “Ghibelline area” made up of Galbiate, Olginate, Brivio, Oggiono and Missaglia and parts of the Pieve di Incino.

In 1373, Bernabò Visconti was excommunicated by Pope Gregory XI who organized an anti-Visconti league whose head was placed Amadeus VI of Savoy, known as the Green Count. After the vitctory in Montichiari, the Green Count reached Brivio to attack Milan but then he took off the field and retired to Modena and the war ended with nothing done. The Guelph factions of Valle San Martino took part in the struggles and Bernabò sent his son Ambrogio against him who was killed in Caprino on 17 August 1374. The revenge was ruthless, the lord of Milan immediately occupied the valley and laid siege to the monastery of Pontida where some insurgents had taken refuge, he took it, and put the villages of Val San Martino to fire.

The endemic guerrilla state is also witnessed by the battle of Campo Cerese of May 27, 1398, in which the Guelphs of San Martino Valley, together with those of the Imagna Valley, came to arms with the Ghibellines of Olginate and Galbiate. The Guelphs of San Martino Valley again gave vent to their anti-Visconti animosity by supporting the leader Pandolfo Malatesta who, taking advantage of the disorder following the death of the first Duke of Milan, Gian Galeazzo Visconti, attempted to carve out an autonomous seigniory in eastern Lombardy. His attempt to conquer Milan in 1404 failed but, Pandolfo succeeded in proclaiming himself Lord of Bergamo with the support of Brescia and Lecco.

In 1418 to regain control of the territories conquered by Malatesta, the new duke Filippo Maria Visconti pretended to accept an arbitration proposed by Pope Martin V, but while the negotiations were under way, his army, under the command of Carmagnola, occupied Lecco and then he took possession of Bergamo. Pandolfo had no choice but to deal with the surrender of the last city left in his possession, Brescia, with a substantial amount of money indemnity.

In 1427 the mountain valleys, including the San Martino Valley, passed under the dominion of Venice.

The village of Calolzio, at the time, was between the current Regazzoni Square and Arcipresbiteriale Square. Right here, where today is the Canonica and, even before the church of San Martino built in the second half of the fifteenth century, was the second residence of the Benaglio family, protected by a tower that is now the base of the bell tower. A door closed the access to today’s church square right at the entrance with the current Street XXIV Maggio. On this square was held, at least since the end of 1400, a great fair on the day of San Martino.

From the Arcipresbiteriale square, going up the present San Martino Street, on the left there was the Ginami tower, now included in the group of houses at the headquarters of the ACLI, and on the right a fortress that was the symbol of the Benaglio domination on the Valley.
Before the fortress, we find what is now Fratelli Cittadini Street but which, according to popular tradition, has always been the cemetery of Nigre (the district of the Blacks). This toponym is believed to be attributable to the Guelph belonging to the Benaglio family and to their loyalty to the pope, whose most ardent partisans were called Black Guelphs.

Fratelli Cittadini Street continues, after the intersection with XXIV maggio street, taking the name of Vicolo Fratelli Cittadini. Here, near a small square, we can find a small stone arch dating back to the thirteenth century.
The current Regazzoni Street, which overlooks the north side of the fortress, was the parade ground where the militias were concentrated. Next to the fortress, where today we see a large arch dedicated to the Virgin, was the drawbridge that could be closed in case of danger. 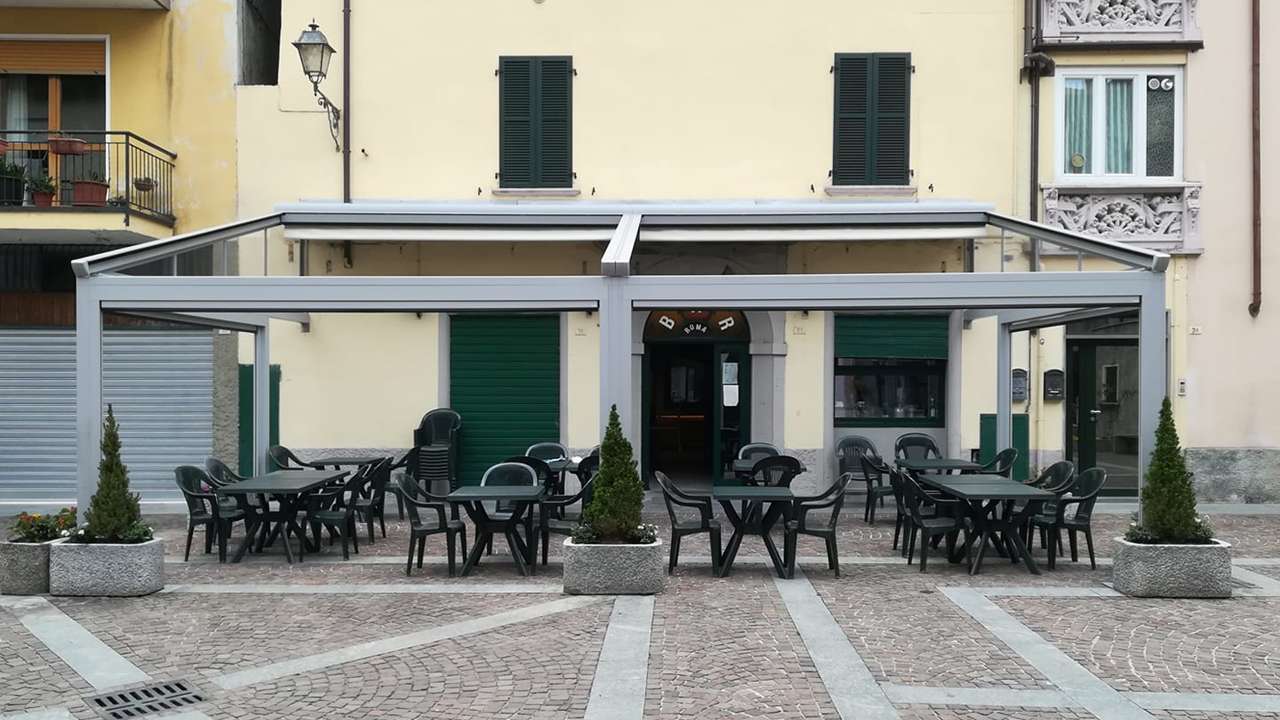 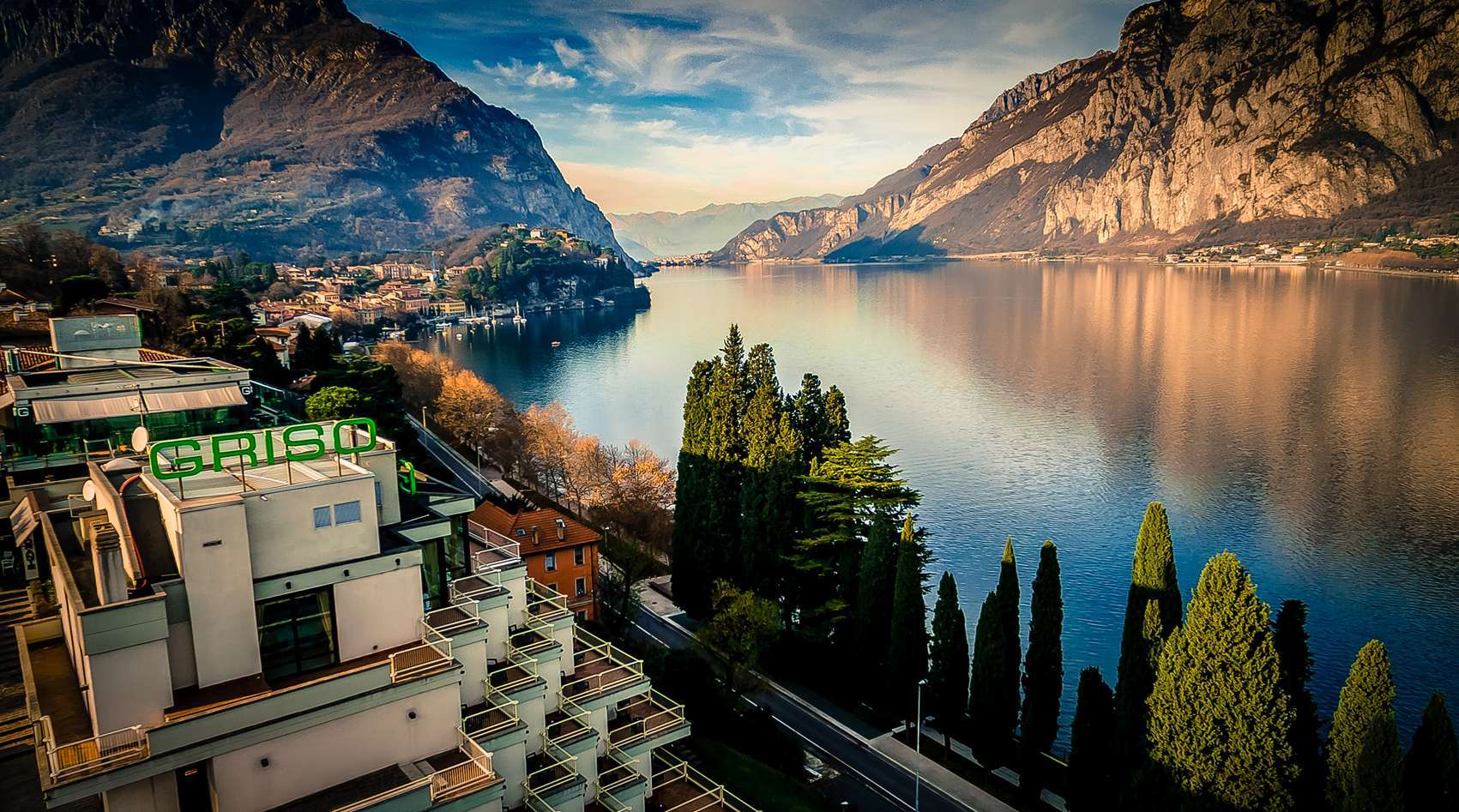 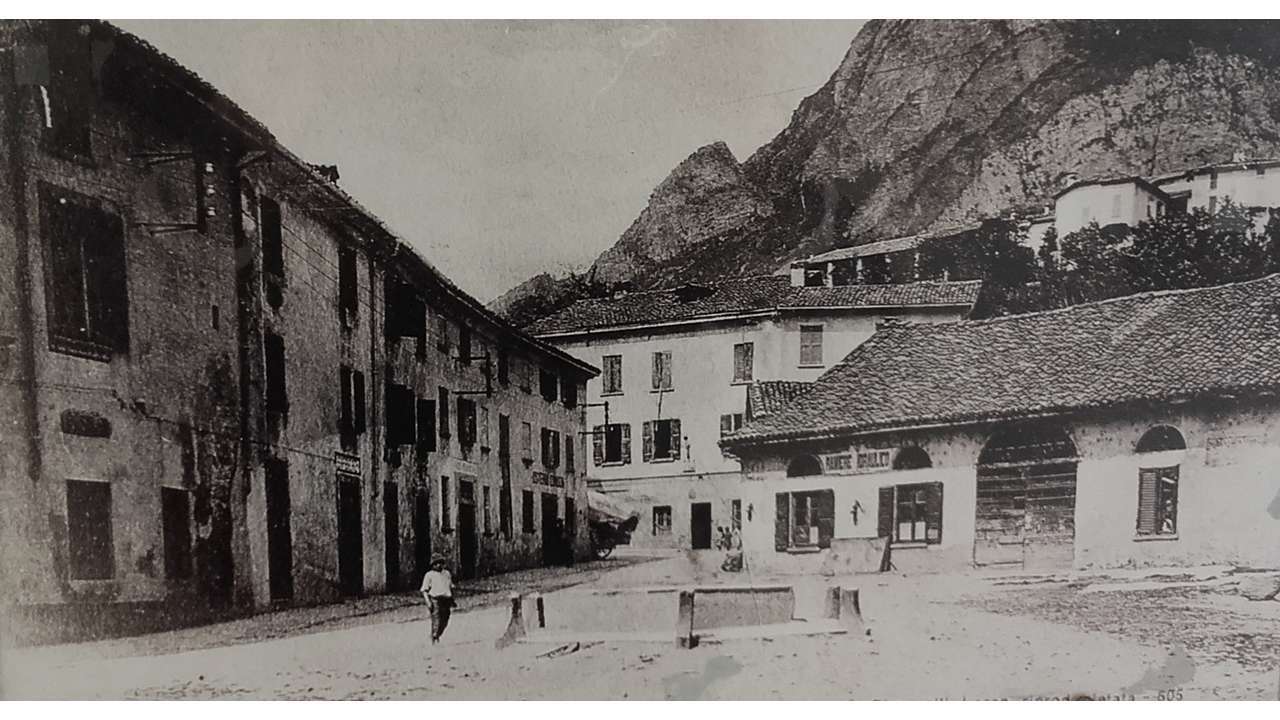 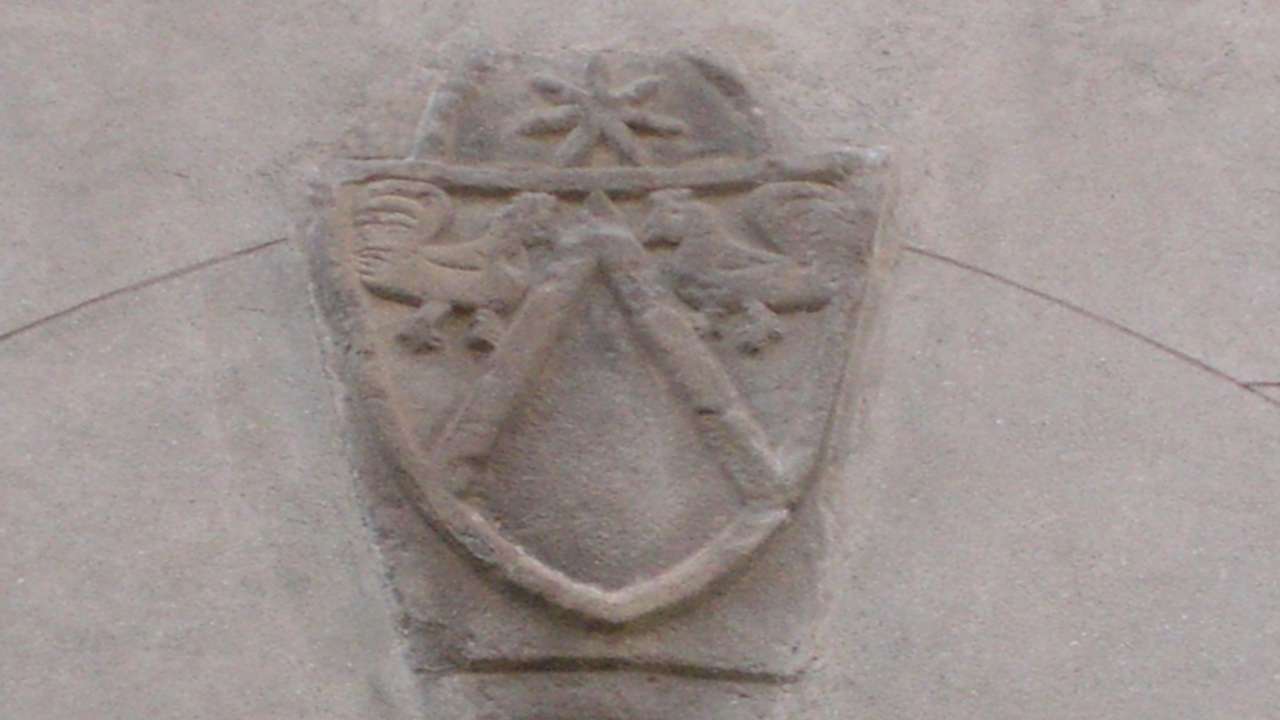