The ascent to Monte Tremezzo is one of the most beautiful and wild routes in the area and offers a panoramic view of Lake Como and Lake Lugano. There are many possible routes: you can choose between tackling the eastern side of the mountain, starting from Argegno and descending towards Tremezzo, or the western side of the mountain, climbing from Croce and descending towards Osteno, crossing the Val d’Intelvi. Here we propose this second, less conventional itinerary. 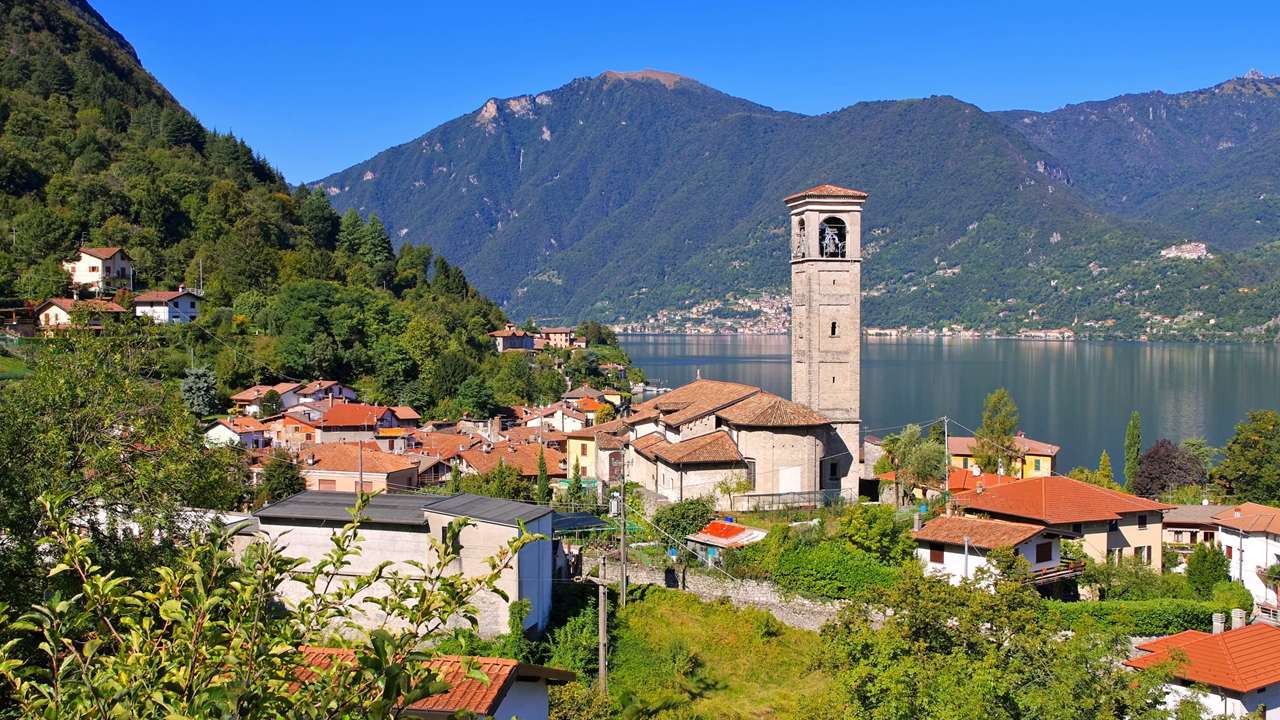 The starting point is the golf club in Croce, the village next to Menaggio, which lies at the base of Mount Crocione. This is where the climb begins, initially on an asphalt road, passing the little church of Madonna di Paullo.

After passing Monti di Nava and taking the road on the right that climbs to the summit, you will find the Tremezzo tunnel, which dates back to the fortifications of the Great War and is 120 metres long. A torch is recommended, but not essential, for crossing it. A series of steep hairpin bends then leads to the summit of Monte Crocione.

Retracing your steps but keeping to the right, you pass the huts of the Tremezzo Alp to reach the summit of the mountain of the same name, at an altitude of 1663 metres. Here begins the descent towards the opposite ridge, which passes the Venini hut. Keeping Monte Galbiga on your right, continue to the top of Monte di Lenno, the last stretch of the climb. From here on the descent becomes steep, especially in the stretch to Boffalora.

Turning right and following the road, you pass Dosso di Prai and Bolla del Tellero and then descend to Ponna Superiore and Ponna Inferiore. Now almost on the lake, keep to the right to reach the village of Osteno, from where you can follow the provincial road along the lake to Porlezza, where you can stop for a break in the village.

For the return journey, follow the road north of Lago di Piano, which runs alongside the nature reserve of the same name, allowing you to admire the views, and finally return to Croce.