The town located on the Lecco branch of Lake Como in a splendid panoramic position. 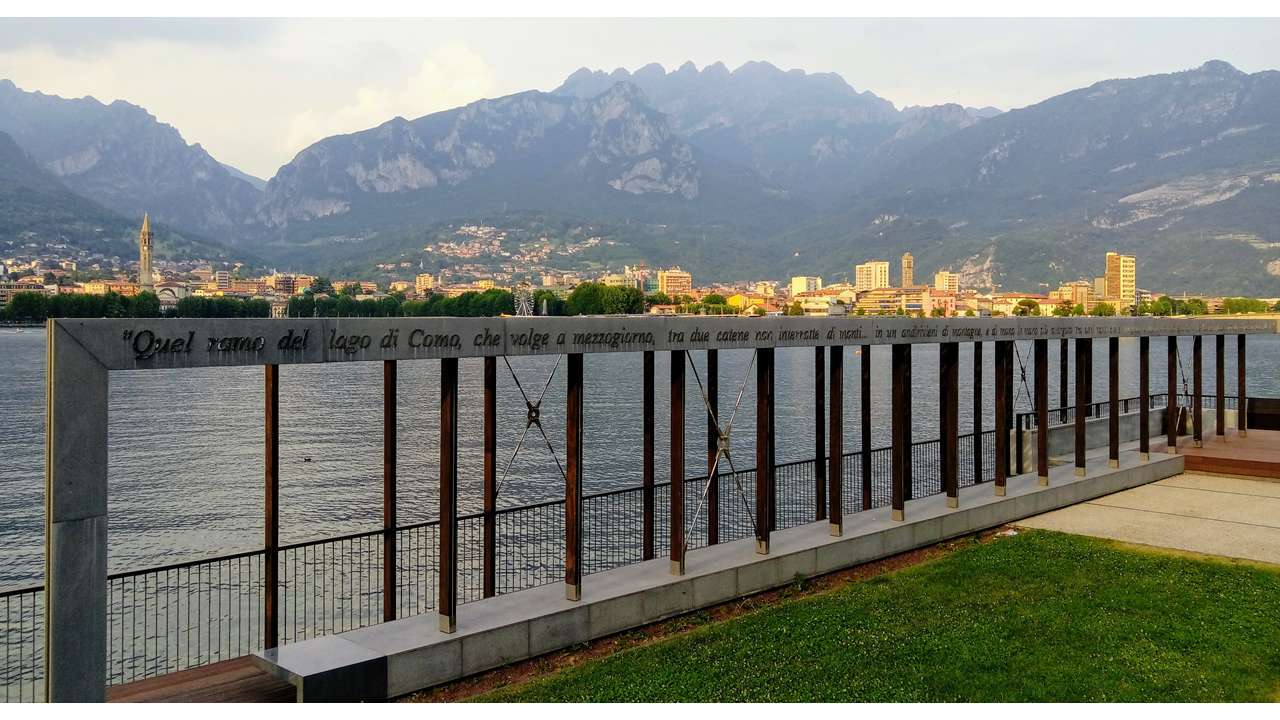 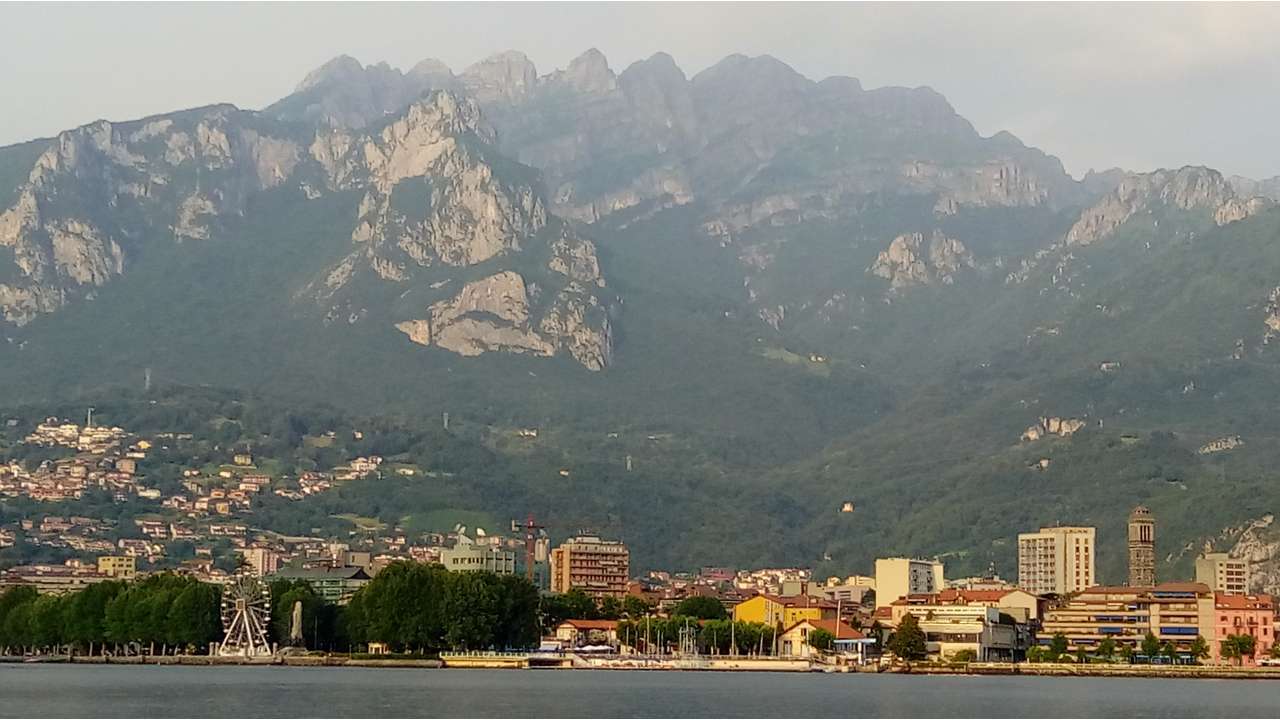 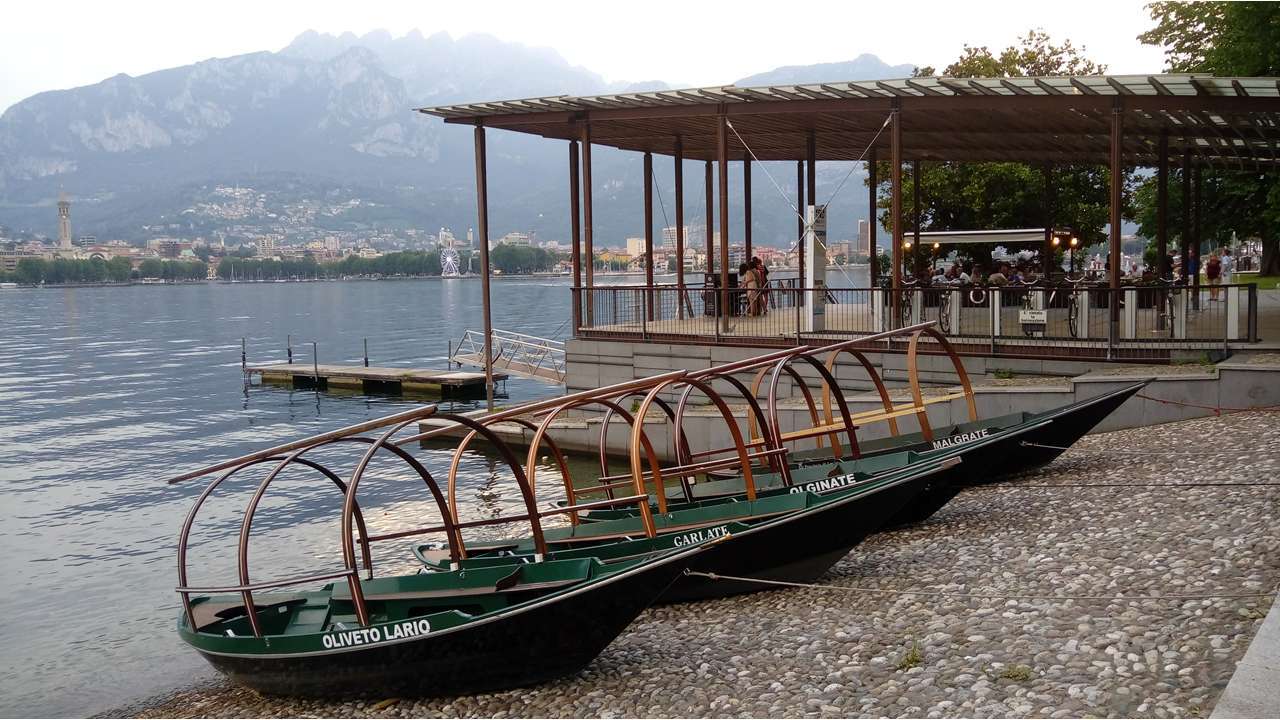 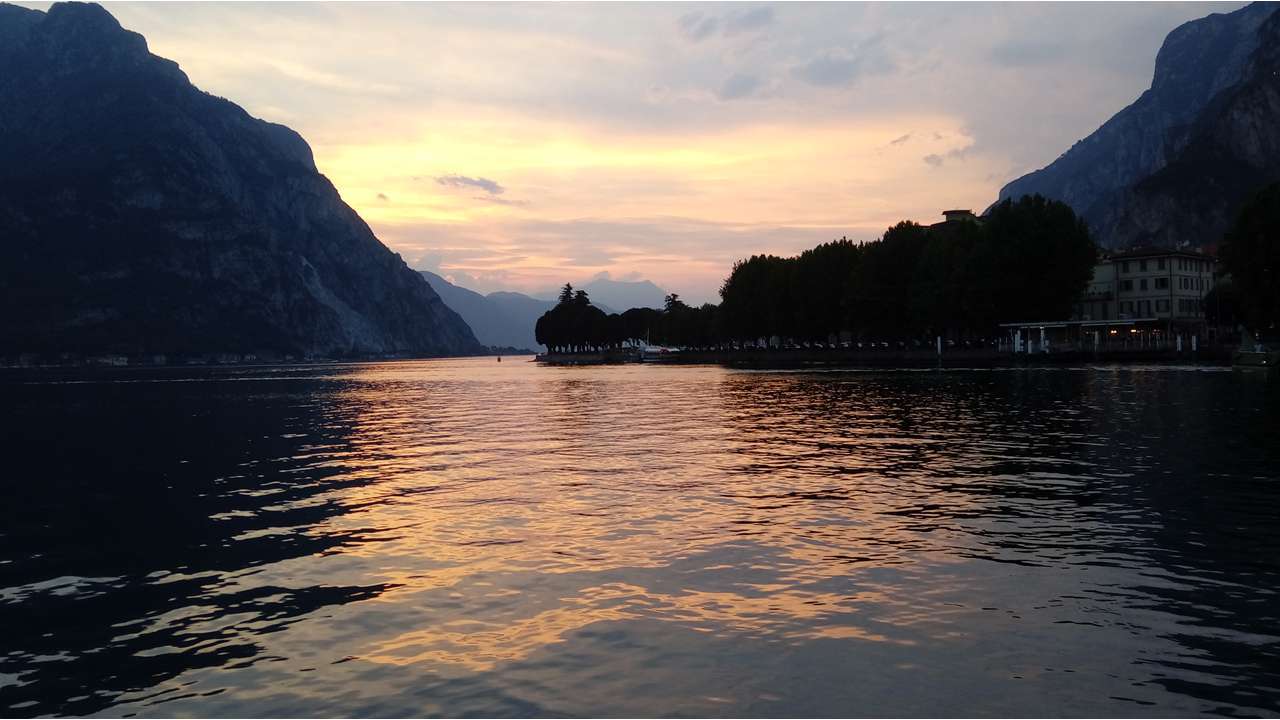 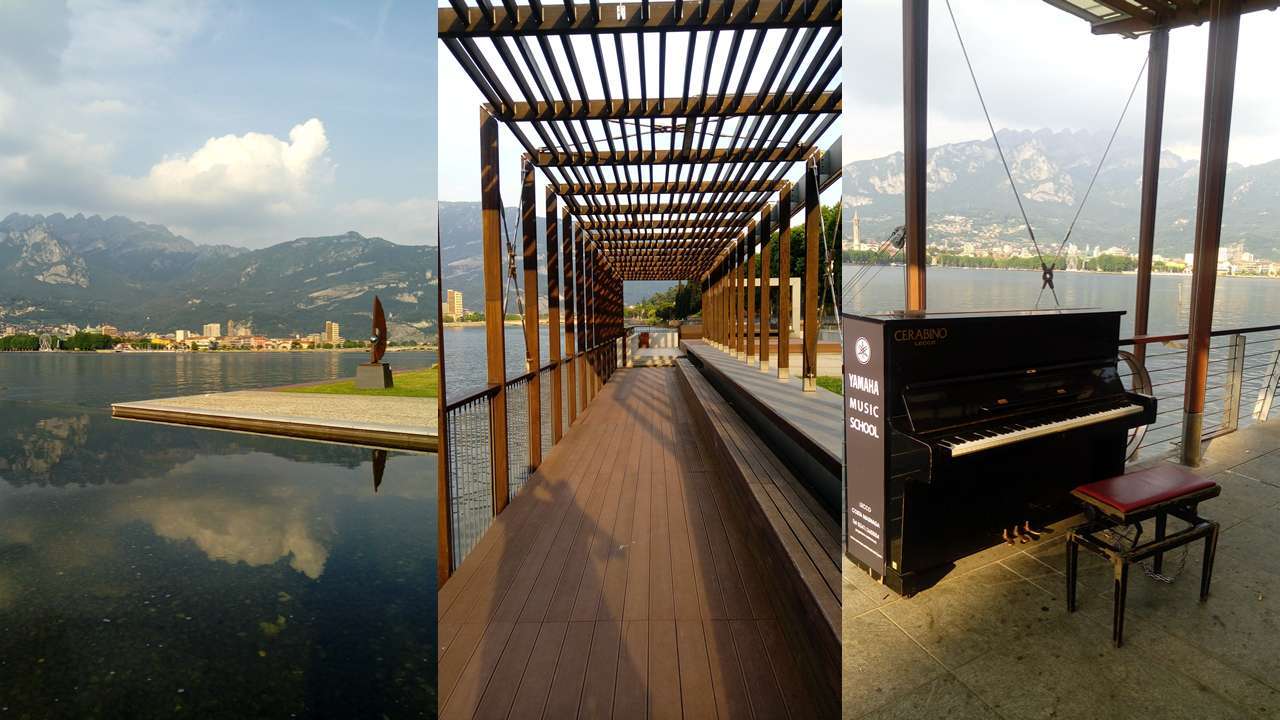 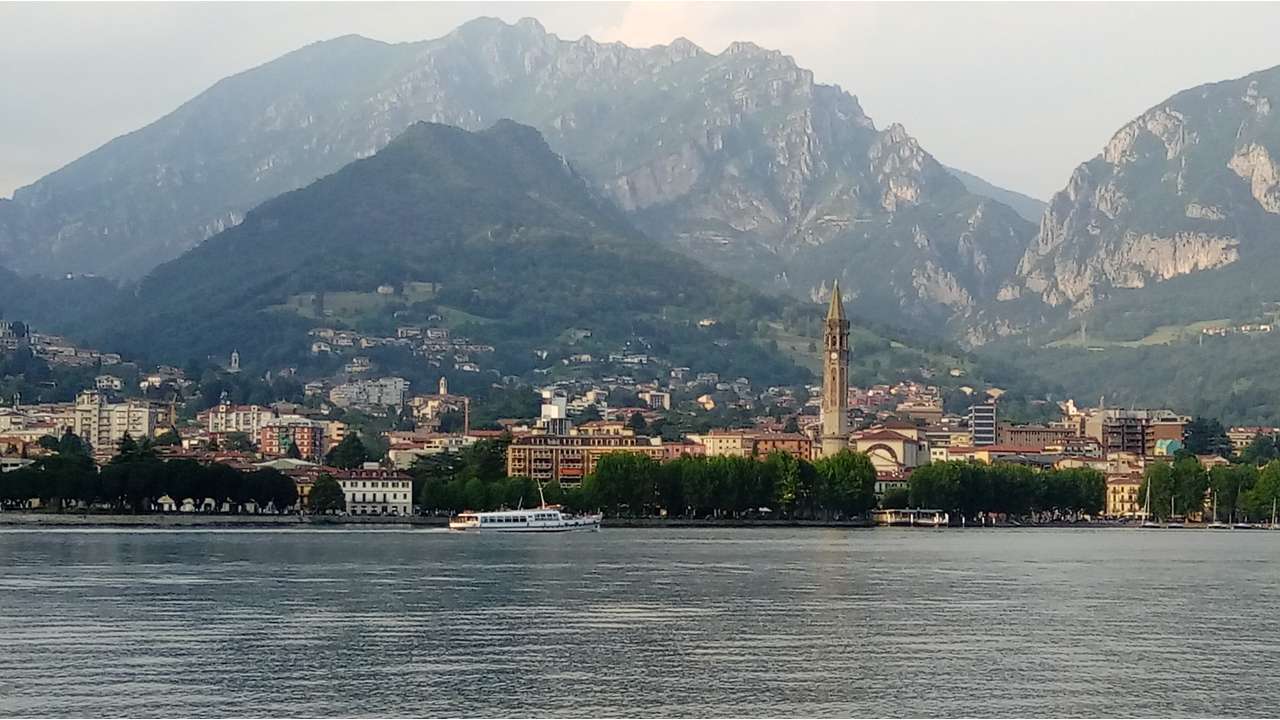 Facing Lecco, lapped by the shores of the lake, Malgrate preserves in the old nucleus noble houses, like the two Agudio palaces, next to popular buildings, remained as they were in past centuries, narrow streets, leaning houses.

The first inhabitants of the area were certainly fishermen and boatmen. The latter, according to a version handed down from generation to generation, also had the honor of shipping to Lecco Giulio Cesare and some of his fighters who had returned from the Gaul campaign in search of new possessions to donate to his veterans. In the sand quarries located at the foot of San Michele, facing the Ponte Azzone Visconti, in the course of 1897 some well preserved Gallic-Roman tombs were found. When you arrive in Malgrate you cannot fail to be enchanted by the beauty of its lakefront set a few years ago and made functional and modern.
An enchanting walk that from the remains of the castle of the Azzone Visconti bridge a few steps from the enchanting Viscontea island, leads us pleasantly towards the small port and the Rocca, theater of battles between the inhabitants of Como who occupied it and the inhabitants of Lecco.

Games of fountains, lawns, wooden benches, platforms for sunbathing, a beach and a play of lights. The beauty of the walk then becomes unbeatable when at sunset the lights of the lakeside of Lecco, which is in front of it, are the masters reserving a breathtaking panorama with the scenery of its mountains (the Resegone with its spiers, Monte Barro and the Monte San Martino).

What can I say …. Manzoni had seen us right to start his own novel by Malgrate.

A visit to the center brings us to the eighteenth-century Palazzo, the evocative seat of the town hall of Malgrate and, from February to May, the scene of chamber music concerts. Encouraged by the canon and patron Giuseppe Candido Agudio, Parini found the inspiration to compose “Il Mattino”, the first part of his masterpiece “Il Giorno”, in this setting.

In the same building, the rose chronicles of the time updated a love story between the Venetian nobleman and scholar Luigi Giusti and the poet Francesca Manzoni (1710-1743) who later married: at her death, the Giusti took the vows. Around Palazzo Agudio the old nucleus of Malgrate maintains its seventeenth-century imprint. There are many celebrities born in this village one kilometer from Lecco: among others, the distinguished architect Giuseppe Bovara who in the nineteenth century “signed” the Lecco area and Cardinal Angelo Scola, archbishop of Milan who says ” I bet on freedom “.

But Malgrate seems to be the ideal environment for inventors: in the nineteenth century two other members of the Agudio lineage, Tommaso and Francesco, perfected two revolutionary inventions, respectively the rack for funicular traction and the forceps, an instrument used in gynecology. Also worthy of mention is the genius of Pietro Vassena who in 1948 invented a bathyscaphe with which he reached a record depth of 412 meters in Argegno. A plaque was recently dedicated to him on the lakeside of Lecco. Like any self-respecting country, Malgrate also has two faces, the low and the high.

If the first is characterized by a fabric of small characteristic houses and by the dominant presence of the lake, the upper zone is distinguished by a flourishing of terraced houses, where pleasant paths wind through Pian Sciresa and the Monte Barro Park.

Malgrate also contains numerous sites of a religious nature. Particularly relevant is the Parish Church of San Leonardo, already rebuilt in the mid-sixteenth century and then retouched in neoclassical style by Bovara in 1815.

Inside, the Baroque Baptistery with a seventeenth century ciborium, the chapel of the Belt with a barrel vault and rosettes, the wooden altar with golden statues of Saints Agostino and Monica made in the nineteenth century by the Lecco artist Giacomo Mattarelli and contemporary paintings by Cherubino Cornienti. The church of Sant’Antonio Abate, in the square of the same name not far from San Leonardo, dates back to the fifteenth century and was rebuilt in the 18th century with a unique vertical facade in Rococo style. Inside are the vault of the frescoed presbytery and the altarpiece of the “Virgin between Sant’Antonio Abate and Sant’Antonio da Padova“. On one wall the “San Lorenzo” of a certain Bertucius of 1606.

The church of San Carlo al Porto, which dates back to the late seventeenth century, has a central plan and holds an interesting altarpiece of St. Charles with the Virgin and Angels as well as neoclassical tombs of the Testori. Very crowded and cared for by the faithful, newsstands scattered throughout the country; among all, the Chapels of the Dead of the Plague dating back to the late eighteenth century and mentioned in the Promessi Sposi and those of the Crocetta, in via Agudio on the small road for the Parrocchiale, a sixteenth century mausoleum of Accorsino from Lodi.