The building of the Madonna alla Rovinata sanctuary stands on a panoramic terrace on the morainic slope. 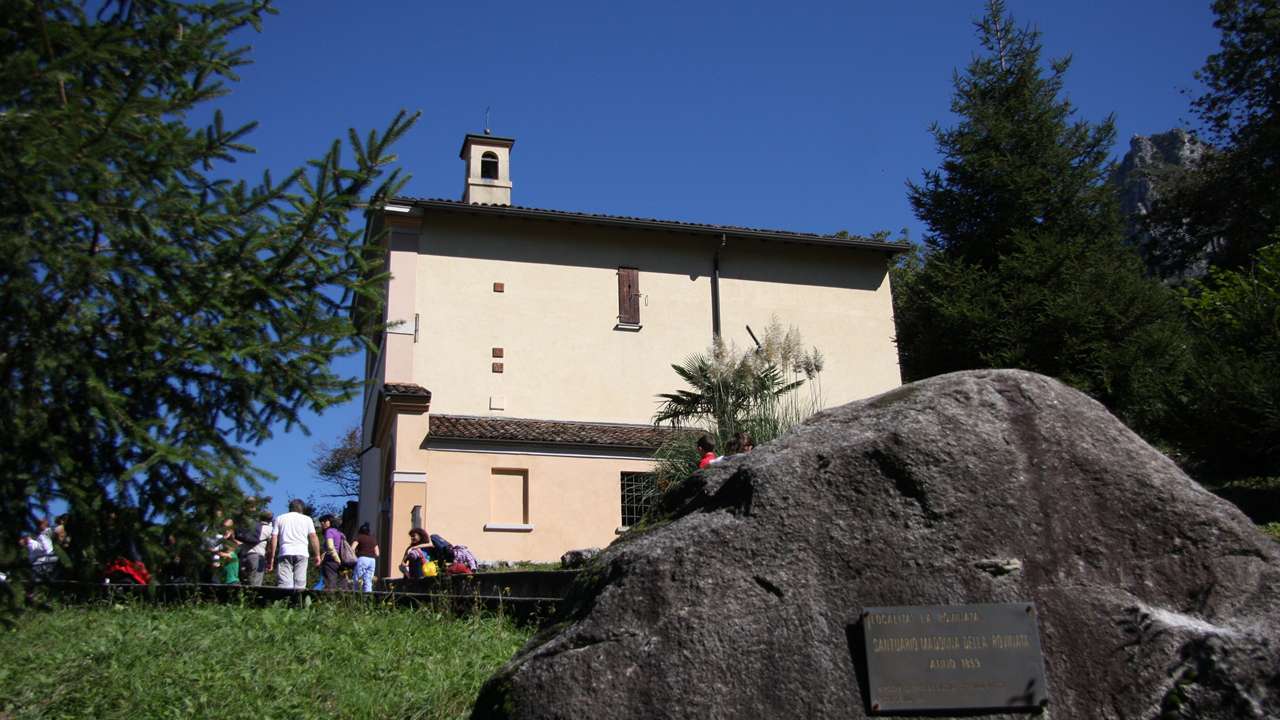 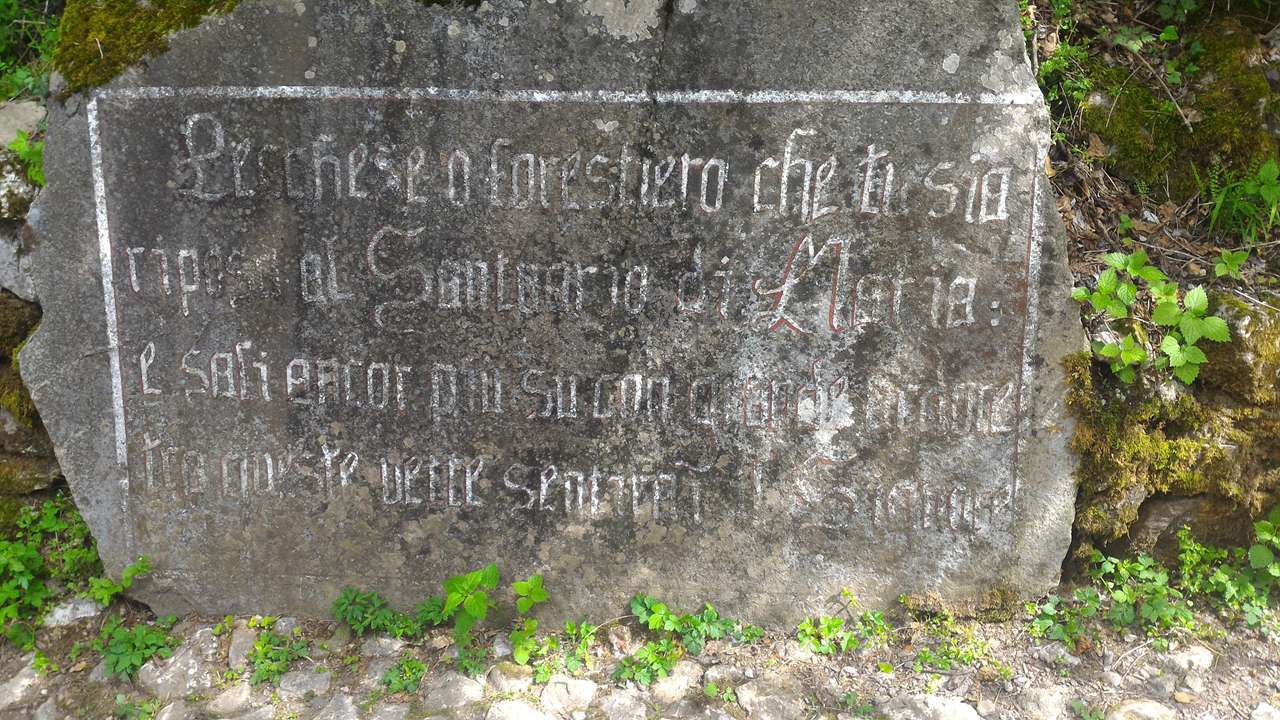 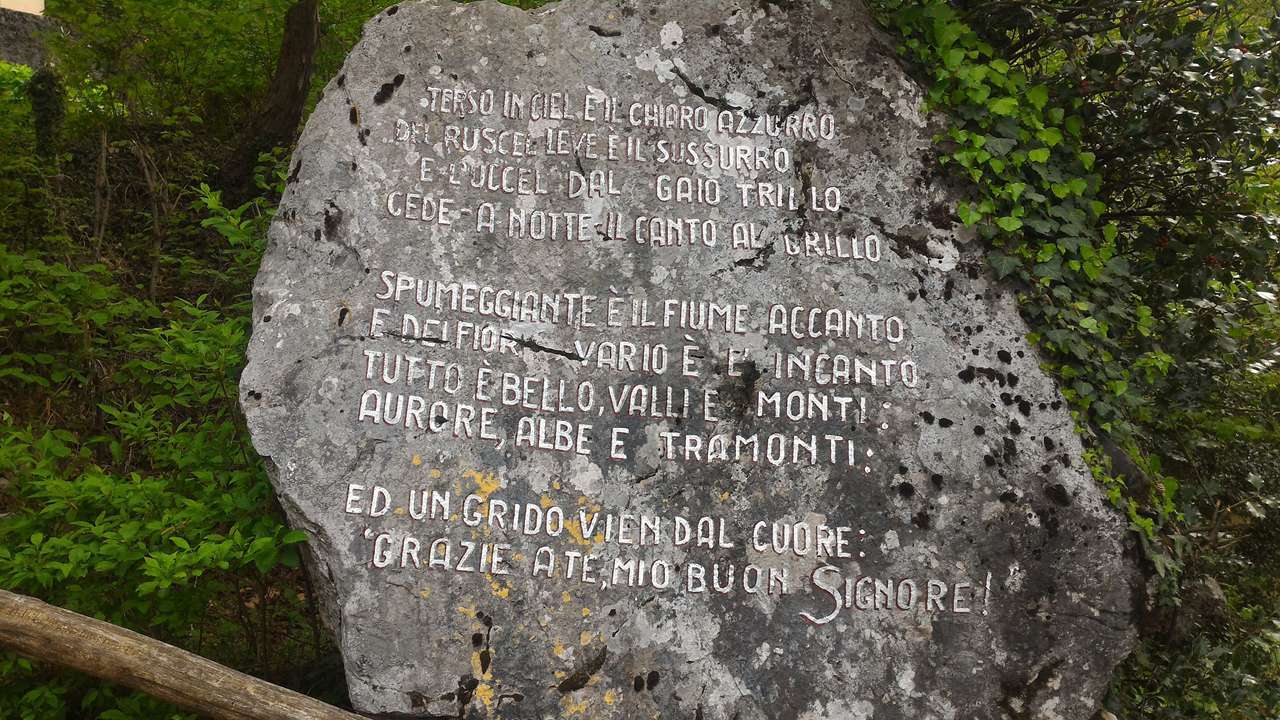 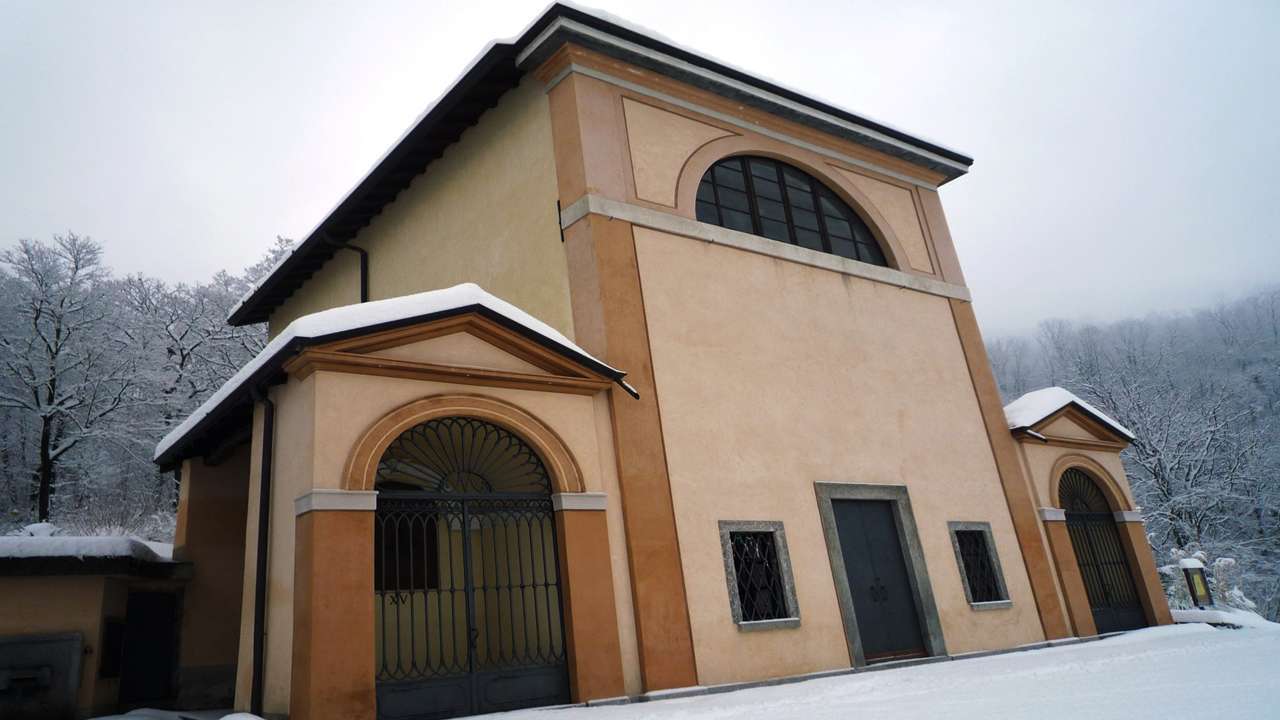 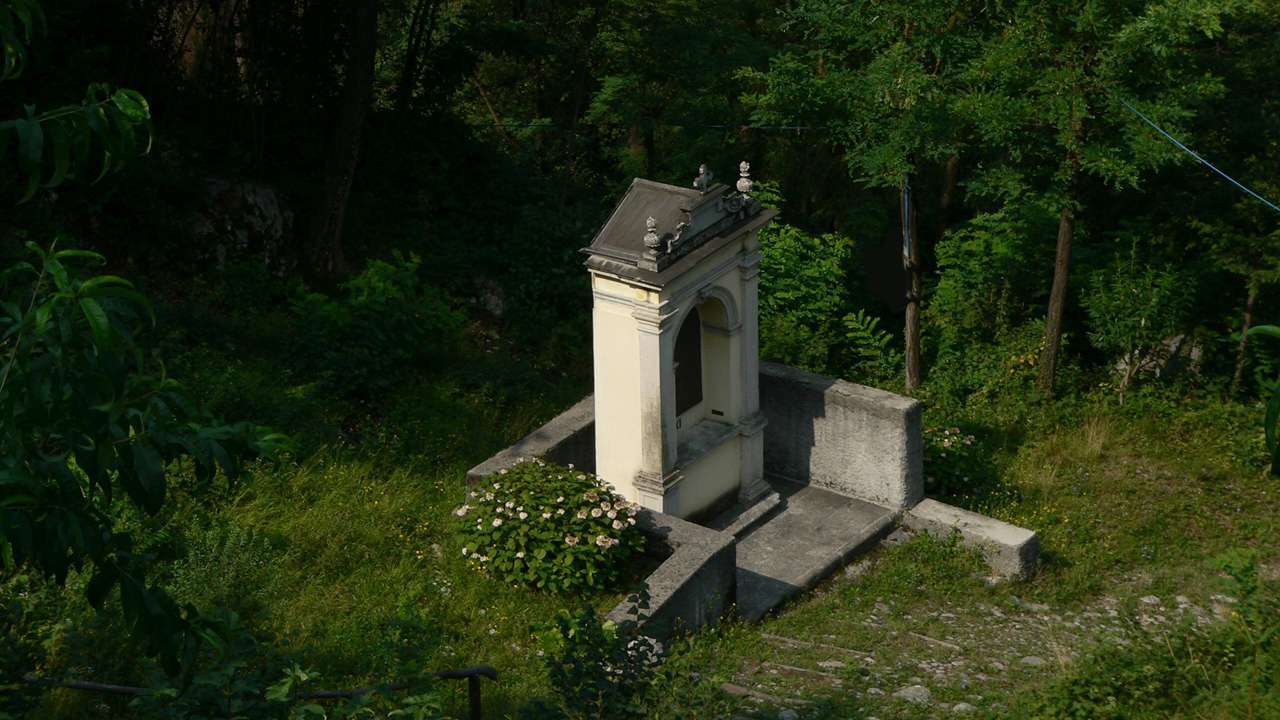 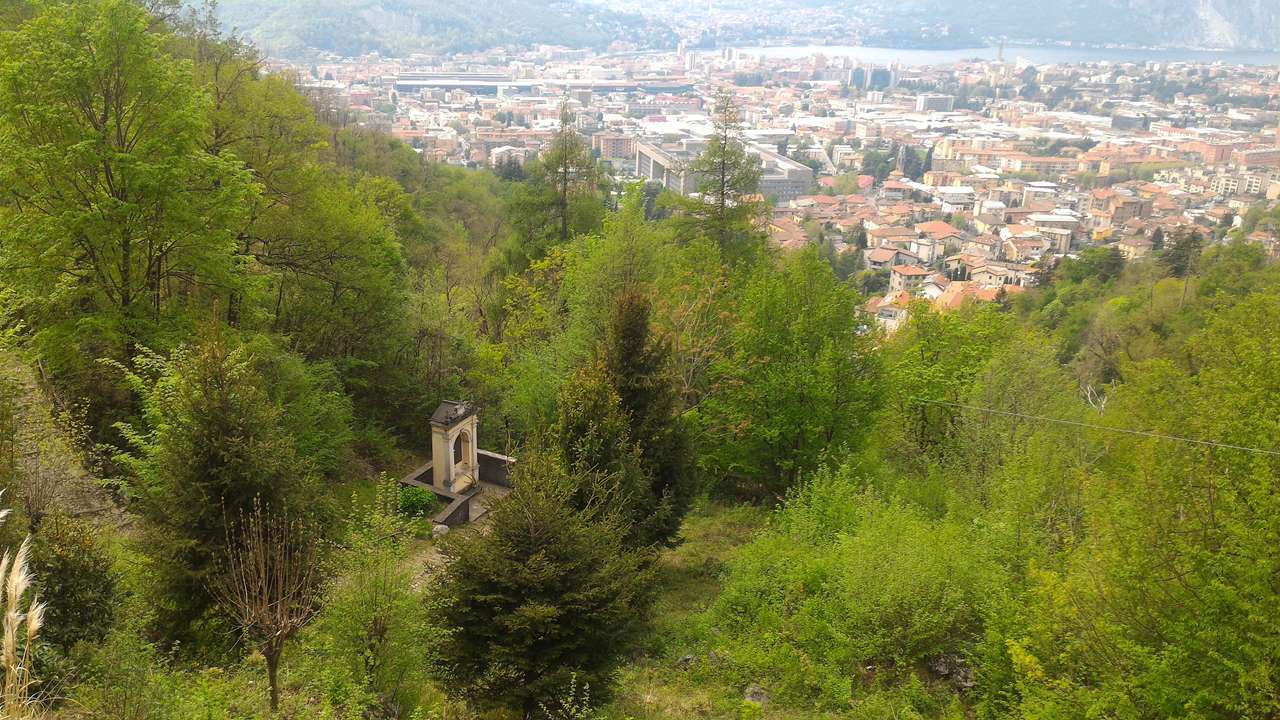 The sanctuary of the Addolorata was built between 1849 and 1859, the year of its inauguration, in the area called “della Rovinata”, located in Lecco, in the district of Germanedo.

The building of the Madonna alla Rovinata sanctuary stands on a panoramic terrace on the morainic slope. From there the name of the place, above the old nucleus of the district. It can be reached via a steep cobblestone mule track that winds through woodland. Along the mule track are the thirteen chapels dedicated to as many stations of the Via Crucis. The last two are instead placed next to the sanctuary itself.

Originally there was only one chapel dedicated to the Madonna Addolorata. It was one of the many places of faith built by man along the paths that led to the work of the fields and woods. One day, a landslide broke away from the ground, but the chapel remained intact. This fact, which was miraculous, increased the visits and encouraged the construction of a chie-sect. Later the Sanctuary was built. The building was also dedicated to the vow of cholera, a disease that struck the ancient town in 1855. This is precisely what happened during the years when the construction of the Sanctuary was implemented. The building was blessed on August 16, 1859. Above the altar was placed an altarpiece representing the Madonna Addolorata pierced by seven swords specially donated by the Marquis Serponti Mirasole.

Based on a neoclassical style with a single nave, designed by the architect Giuseppe Bovara, the building is inspired by numerous speakers from that era. In the early twentieth century, the chapels along the mule track were built. They have been decorated with frescoes by the Valsassino painter Tagliaferri.

Following vandalism, the terracotta high-reliefs are replaced by fifteen bronze panels with bas-reliefs depicting the Stations of the Cross made by the Lecco sculptor Fulvio Simoncini.