Lezzeno is made up of 17 different fractions lined up along the narrow road that runs along the lake. These small hamlets extend from the lake to the wooded mountains and have developed on all horizontal surfaces and available terraced land. It has a particular very romantic aspect, due to the unusual geographical position that deprives it of the sun in winter and of the moon in summer. The last stretch of the shore towards Bellagio is almost deserted. After passing the hamlet Villa, you can admire the Grosgalli stones, cliffs with sheer cliffs over the lake and impressive gorges. Suggestive is also the visit, to be made by boat, to the Bulberi cave, where you can admire extraordinary affections of light.

The village boasts fantastic views of Lake Como. From here you can admire the Comacina Island and the extraordinary Villa Balbianello whose construction dates back to the 18th century.

The rich history of this region dates back to ancient times. Archaeological finds and remains of tombs testify to activities related to agriculture and water transport in this area in Roman times. From the Middle Ages until the unification of Italy, Lezzeno had to face the same fate as many other municipalities in the Lario area. In the War of the Ten Years between Milan and Como in the 12th century, it was razed to the ground by the Emperor Barbarossa and his allies.

The ruins of a tower above the hamlet of Rozzo, in the locality of Castello, are still the testimony of one of the numerous towers on this side of the lake that were erected to sight possible enemy ships approaching. In the hamlet of Morbia an ancient fortress stood, later transformed into the Silva palace. But the most important installation was that of the Cavagnola tip. After the destruction of the fortification, the bell tower of the church of San Nicolò, now demolished, worked for centuries as a lighthouse for sailors. It was used for signaling with the valley of Intelvi and especially with the basin of the Comacina island and the tip of Bellagio, beyond which the branch of Lecco belonged to the Milanese.

What to do and see

Today, this area is famous for its great beauty of views and views that combine the lush green of the woods with the turquoise waters of the lake. There are numerous walks immersed in a genuine natural beauty that can be done in Lezzeno and its surroundings. The different mountain paths that the farmers used in the summer to bring the cows to the pastures at higher altitudes. We report the Via Crucis with the fourteen chapels that lead to the church of the Holy Trinity.

The church of the Saints Quirico and Giulitta, built in the 16th century, inside a large fresco by the intelvese painter G.Quaglio deserve a visit. Also the ancient Oratory of the Madonna dei Ceppi, with the marble statue of the Madonna and Child dating back to the 15th century. 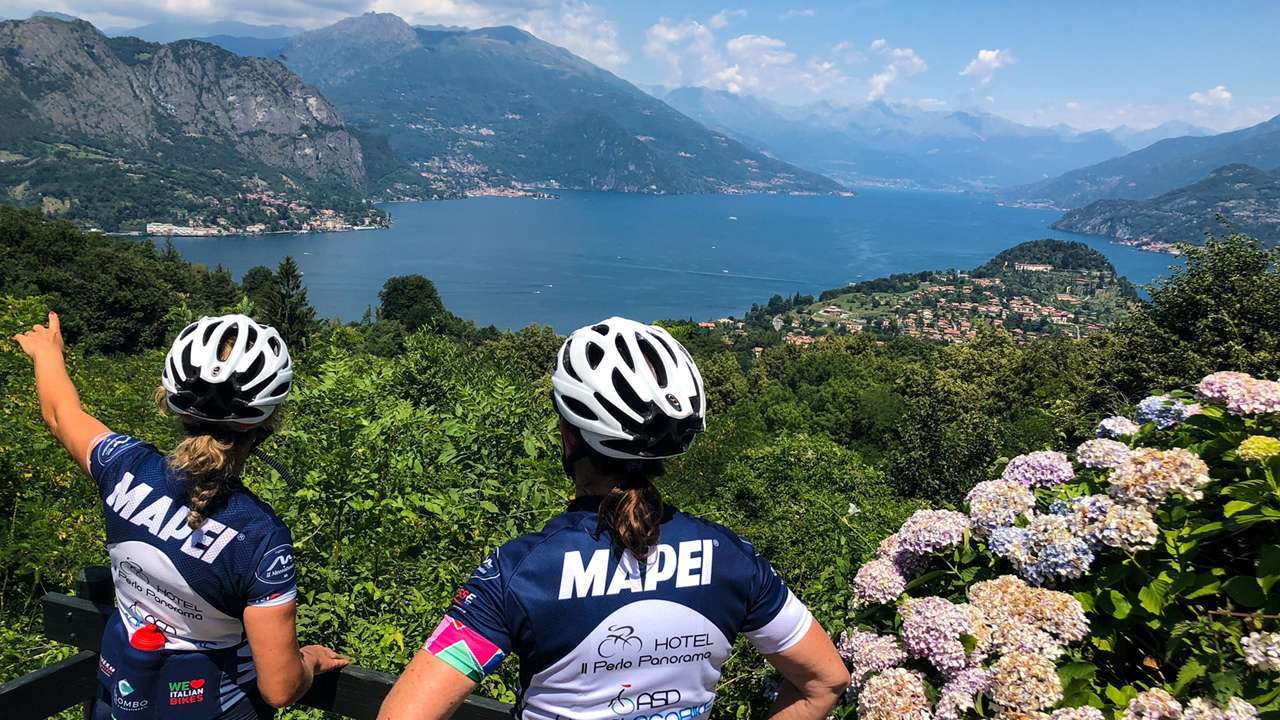